On Tuesday night, we held our long-anticipated outdoor rally in Washington Square Park in New York.  Our team had been planning this event for weeks in advance.  We were working around the clock to make it a success.  Then, we woke up Tuesday morning to find it was going to rain.

We became worried that nobody would show up—but instead, when I arrived at the rally site, there were nearly 3,000 supporters gathered in the pouring rain. 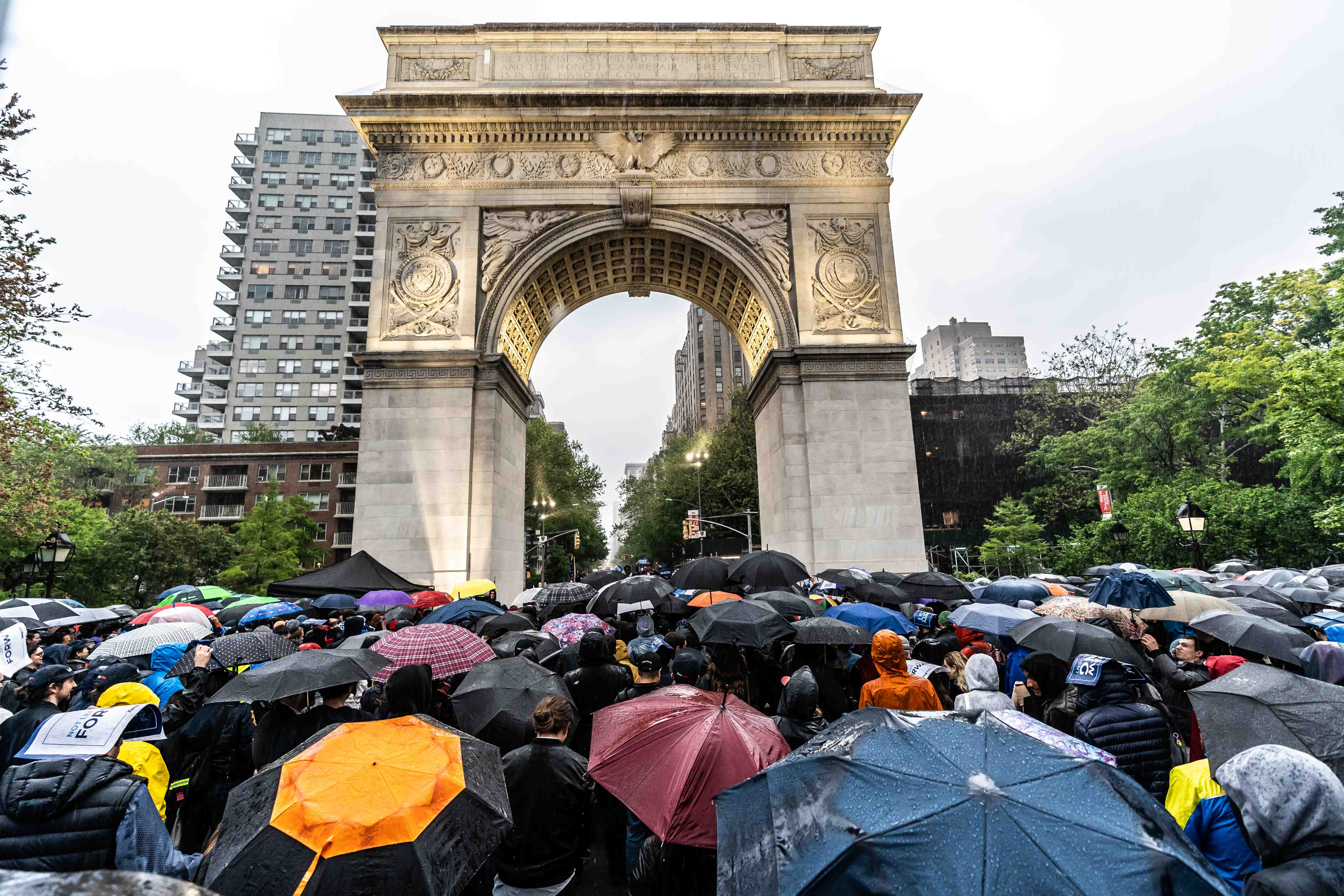 At that moment, I realized we never should have doubted.  The Yang Gang is energized and ready to win this election.  A little rain won’t stop us.

In fact, the rain had an upside: it shocked the reporters who were covering the rally in the media tent in the back.

One reporter even told my staff that he could not believe our massive turnout.  His exact words?

“None of this makes any sense!” 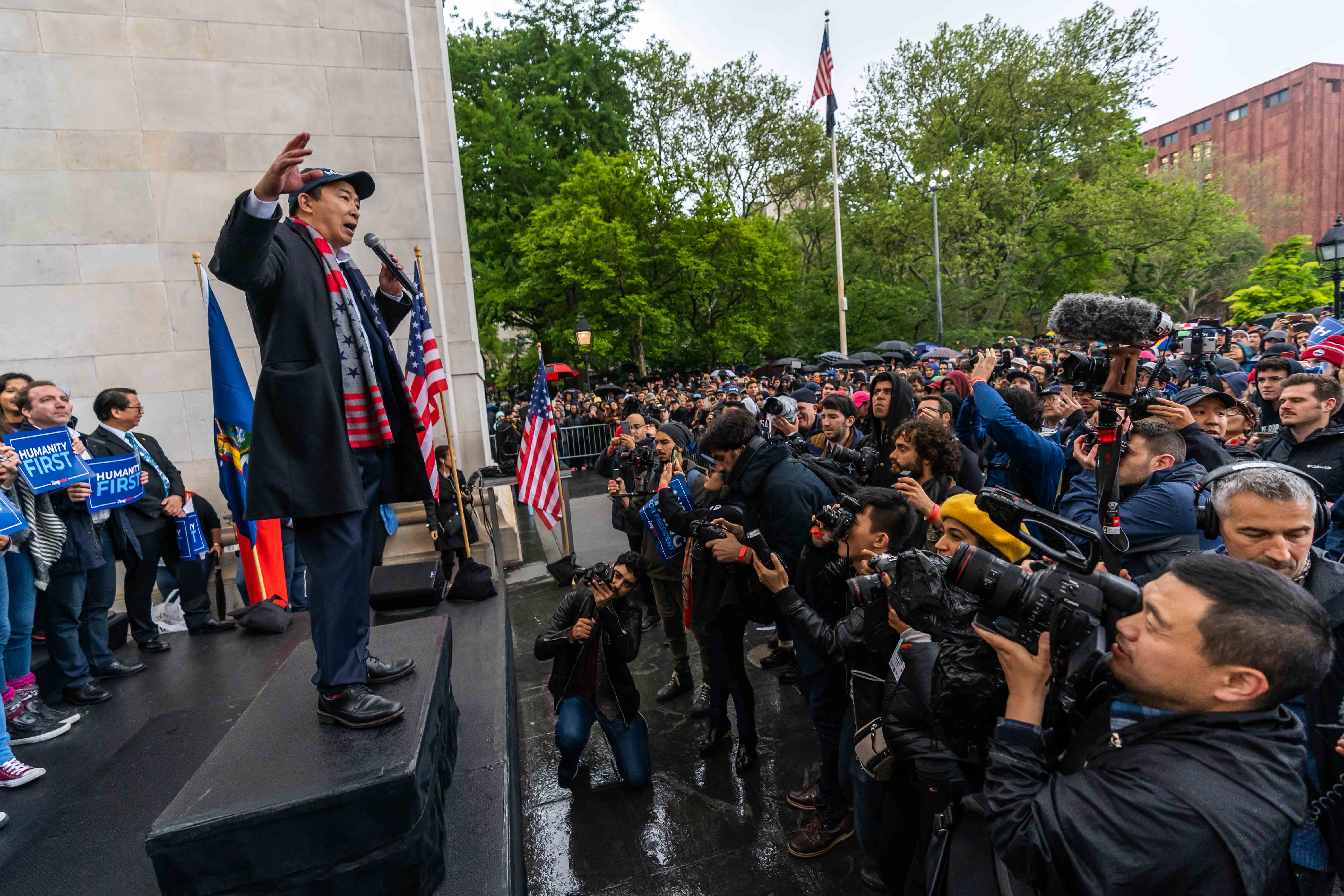 The media is just catching on to what all of us have known for a long time now.  We can win this whole election and implement the Freedom Dividend to guarantee $1,000 per month for all Americans.  We can change this country and build a human-centered economy for all.

We are drawing some of the largest crowds in the race and polling at 3% when most Americans have never heard of me.  And in the next few months, we are going to build on our momentum by hiring organizers in the critical early states, expanding our social media presence, and getting coverage in major national press outlets.

But to achieve all those things, we need to be focused on one major goal between now and the FEC reporting deadline at the end of June—we need to raise $3.5 million.  Click here to contribute and help us reach our new goal.

I know, it’s a pretty big number, but if we can meet this goal, we will DOUBLE our numbers from last quarter.  Imagine if we make it.  Think about turning on CNN and seeing their reports that our fundraising numbers in July have captured the attention of the country.

So I’m asking you today—chip in to help us raise $3.5M by the end of June.  If everyone on this list donates $20, we will hit our goal instantly.  That is the MATH.  With your help, we make the case that we are the candidate to beat in 2020.