Hello and thank you for your support!  It means a ton to me and the team.

I’m writing this on the plane out West—we are having a rally in Seattle on Friday, Detroit on Saturday, and Minneapolis on Sunday, and are stopping in the Bay Area for a day first to say hello to some people there.

Someone asked the other day whether it’s me writing these emails.  Yep.  It’s me. 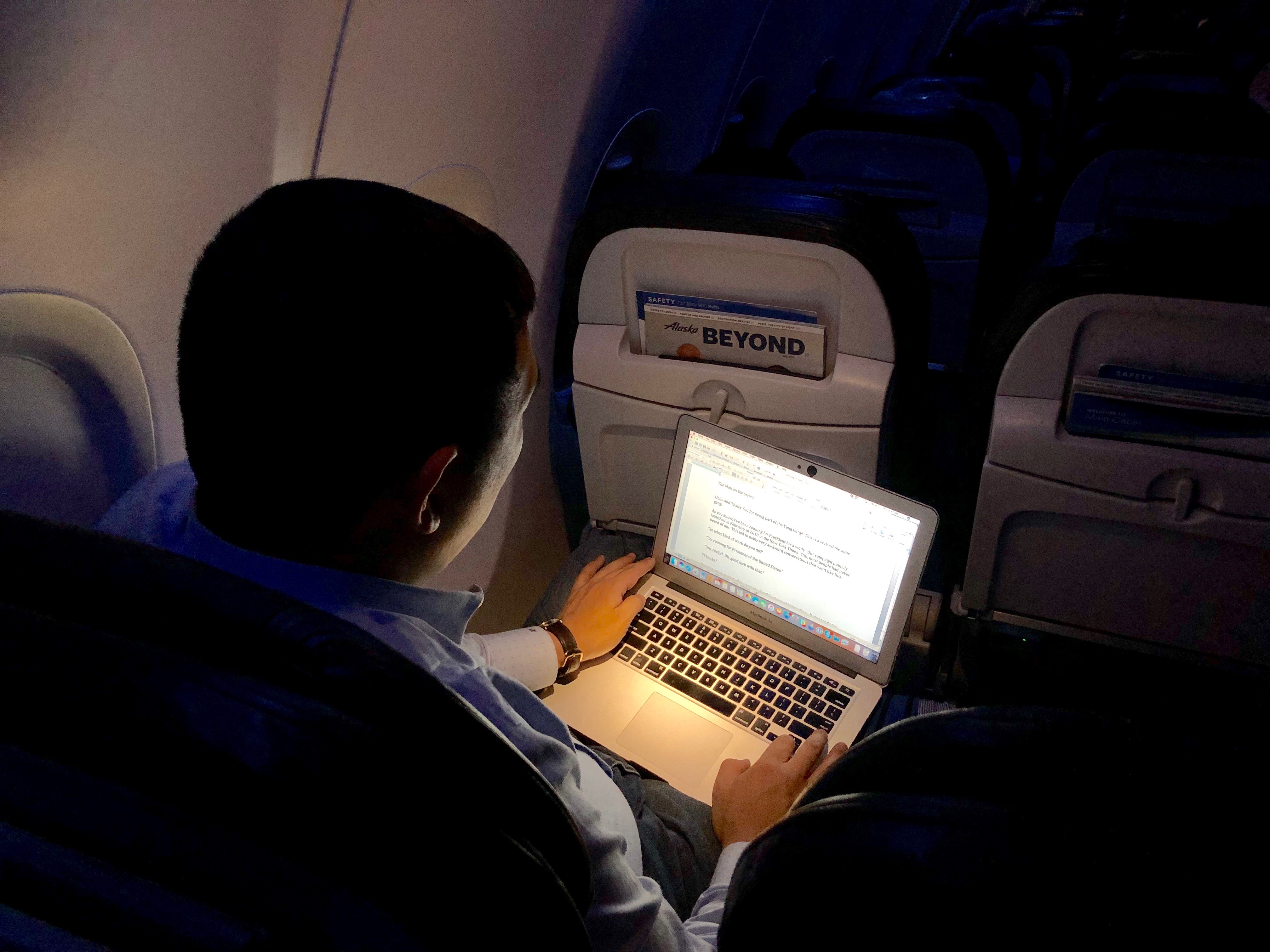 I tend to write these emails in transit from one place to another.  I enjoy processing what’s happening in the campaign.  I find it a useful way to recharge.

I was talking to my wife last night about introverts who are/were politicians.  It’s probably not the norm.  Having met Barack Obama several times, I believe that he qualifies.  After meeting him, my wife said, “For an introvert, he seemed very personable.”

I was a very nerdy, bookish kid.  My favorite thing to do was read books.  As a kid, I devoured biographies of Native American leaders and fantasy books: Dragonlance, Piers Anthony, Terry Brooks, Anne McCaffrey.  I played Dungeons & Dragons with my brother and our neighbors growing up, and later moved on to video games.

I struggled with various social interactions throughout my adolescence, particularly when people started drinking.  I went from nerdy kid to somewhat mopey adolescent, listening to the Smiths and the Cure.  I was in the high school play and joined the debate team.  But I was still the last person that anyone thought would become a politician much less run for President. My high school yearbook photo recently appeared in New York Magazine. I suppose my fashion choices are proof that I’d never intended to run for anything. 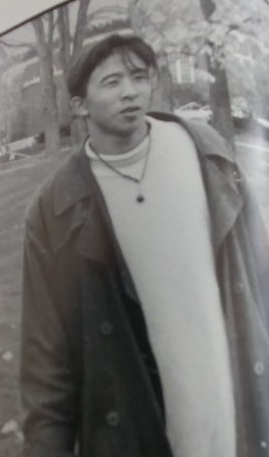 I had a bit of a chip on my shoulder, and started working out and playing basketball in my late-teens. Going to the gym became another way to process things.

I noticed recently that my emails have become a bit similar.  They say something like, “Look how much awesome progress we are making!  Here are some news clippings and photos!  We are going to grow and grow and shock the world!”

All of which is real and sincere.  I mean, it’s staggering how far we’ve come.  Now that we are cool, I realize just how uncool we were until recently. #YangGang.  I appreciate all of the creativity and artwork that people are producing—including the good memes.  People being excited enough about this campaign to put their time and energy into it is awesome.  Thank you for believing in me.

But there will be more to this campaign and my speaking to you than simply cataloging our recent achievements.

My recent emails have fallen into what I’d consider “Executive Mode.”  Building an organization—or a presidential campaign—includes advancing certain variables and deliverables.  As an executive, you focus on them and try to move them forward.

Let’s say you were running for President:

How do you become known to more Americans?  Let’s do some press interviews, starting with podcasts.

How do you become politically viable?  Let’s make 11 trips each to New Hampshire and Iowa and start schmoozing with Democratic activists there.

How do you raise millions of dollars to fund a campaign?  Let’s put a vision out to our fellow Americans that gets people excited about building a movement for a new human-centered economy.

How do you build a massive following?  Hold big and exciting rallies around the country for thousands of supporters.  The press will see the crowds and respond.

Making progress on these variables requires a constant array of distinct behaviors.  E.g., yesterday, I woke up, went to a TV studio, put makeup and hairspray on, and had a 6-minute conversation on a cable news program.  Then I filmed various messages for online ads.  Then I did a Town Hall.  My communications become a summary of these activities.  “We did this, and then we did this and we made progress. Isn’t it great?”

This is a written form of executive communication.  I will do my fair share of it—it is my job—but I promise to go beyond it to give you some genuine insight into what running for President actually entails and what the process is.  It will be better for me too.

As an adult, I remained an introvert, but I found myself developing different capacities.  Mainly because I revolted when I found out it was supposed to be my job to process other people’s documentation as a corporate attorney.  I was like, “No way this is what I’m going to do for a living.  I need to figure something else out.”  I was willing to adopt behaviors that were very uncomfortable for me at the time to reach certain goals.  Putting myself out there.  Selling an idea for a company.  Asking women out on dates. (I am now grateful to be married.)  Over time, those behaviors became, if not second nature, at least things I could do in service of something I felt strongly about.

I even started throwing parties in my late twenties.  It was a way to socialize and be cool when I didn’t have an apartment to host anything (I wasn’t making much money).  I remember distinctly walking home alone, late at night, stone cold sober after a big party that had included hundreds of people.

Throwing parties was perhaps the best training for a presidential campaign.  Years later, my organization Venture for America had an annual gala that drew hundreds of people.  I’d give a speech each year.  Starting and running a national non-profit involved a lot of speaking and presenting a vision.  I joked that I felt like a priest, where my job was to show up and bless things.

This is, I believe, how an introvert finds himself running for President.  You have certain goals.  You realize that the only way to make them happen is certain behaviors. You get better at those behaviors. Eventually, you find yourself with a goal so big that it is almost impossible—prepare society for the automation of labor that is already tearing us apart.  Keep the country whole.  There is a vanishingly short list of ways to meaningfully do so.

I’ve said in various forums that I don’t much care for the actual job of being a politician.  It’s true.  I think one of the reasons we despair for our future is that politicians traffic in certain behaviors and get rewarded for them.  There is little need for deep thought or consideration.  We lurch from press release to press release, from cable news appearance to cable news appearance, from speech to speech, with the constant buzz of our approval and popularity in the background.  And money is tied to that approval.  At first, I was horrified that how many social media follows I got was now a key deliverable.  I was like, “I’m a grown man now evaluating myself like an eighth-grader.”  (Eighth Grade was a good movie.)

But I adapted. Because I have a job to do.

I will do what it takes to get this job done.  We are off to a tremendous start thanks to all of you.  We have the capacity to change the course of our country for the better.  But I need your help.

The title of this email was taken from a slogan adopted by the fans of an NBA Team, the 76ers, who had a highly introverted GM for a number of years, Sam Hinkie.  He wrote a resignation letter that became something of a cult hit.  Many of his ideas have since been adopted by other teams.

This campaign is going to be a triumph of big ideas and solutions over the churn of politics as usual.  There is an enormous appetite for a different kind of movement.  Let’s provide it.  It’s not Left or Right, it’s Forward.  Let’s do the job that history has left for us.

Do something that makes you uncomfortable today.  It is part of the process.  And be sure to come to a rally if we’re hosting one near you.

Energized by you all,