Thank you for getting behind my campaign from the early days!  I really appreciate it.

On Thursday, I spoke at Net Impact 2018, a gathering of 1,600+ college students, business school students, and young professionals in Phoenix, Arizona.  Net Impact is a non-profit based in the Bay Area that organizes hundreds of chapters of students and professionals on how to do good in their communities.  They have been galvanizing young people since 1993. 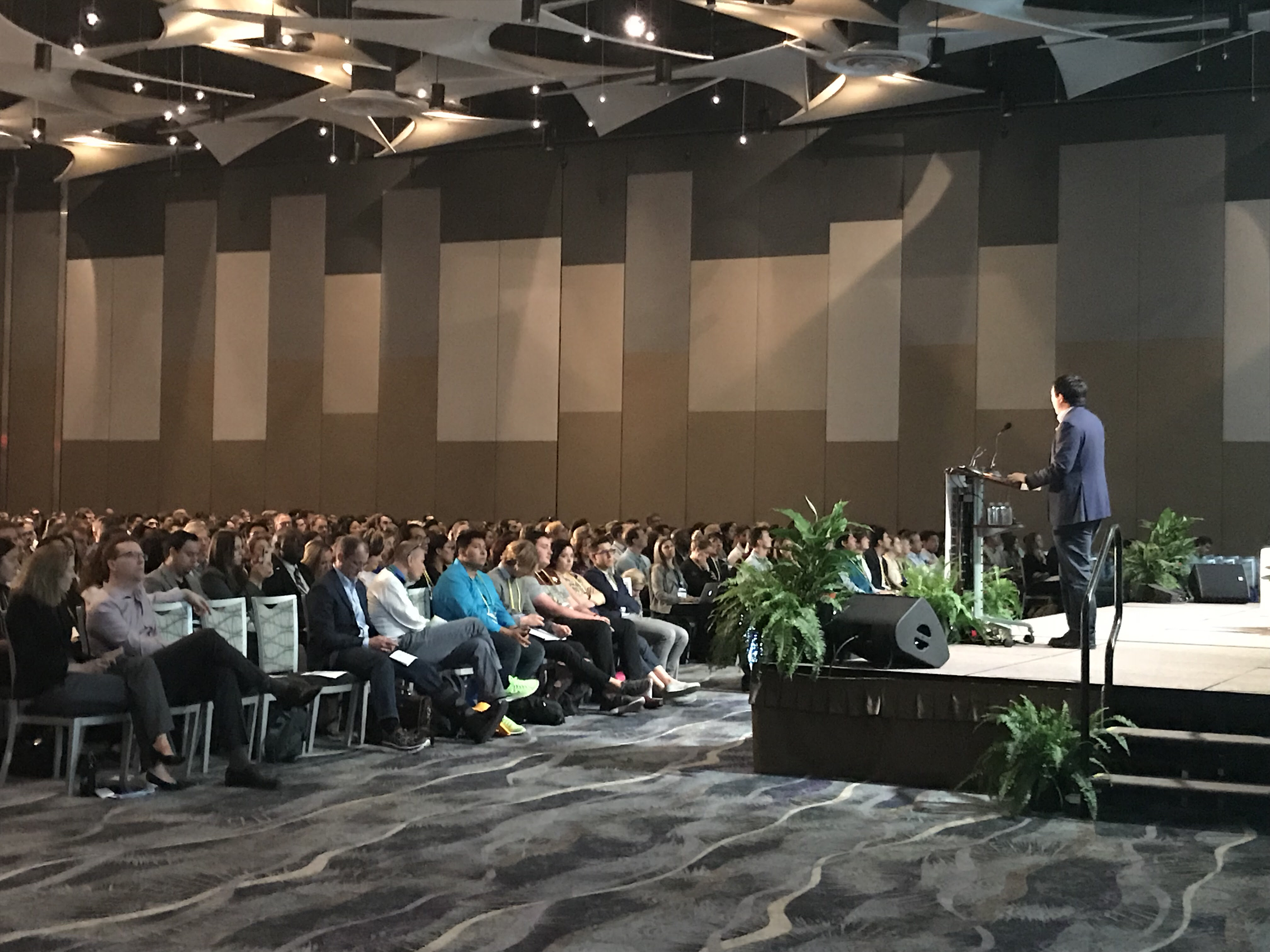 I’ve been a fan of Net Impact for years – its ethos reminds me of Venture for America, the organization I started to train young entrepreneurs to create jobs around the country.  Arriving in Phoenix felt very familiar – the youth, the energy, the zeal to change the world.

During my remarks, I joked that they were at maximum idealism – and that’s exactly what we need.  Because we need to rewrite the rules of the economy to work better for them.

By the numbers, we have not set the next generation up to succeed.  If you were born in America in the 1940s, you had a 93% chance of being better off than your parents.  By the 1990s, that number was down to 50%.  Young people are graduating with staggering levels of school debt – an average of $38k as college prices continue to rise, leading to a record $1.5 trillion in school loans. Meanwhile, 94% of the new jobs created since 2005 have been temporary or gig-economy jobs with no benefits, and 44% of recent college graduates are underemployed in a job that doesn’t require a degree.

It’s no surprise, therefore, that anxiety and depression are at record highs among college students and graduate students.  There is a mental health crisis on campus as more and more young adults feel they are in a race against time with few paths forward.  Technology is playing a role in this, as research has shown a spike in depression and a drop in socializing in the years following smartphone adoption.

Young people are extraordinarily attuned to the big problems because they know they’ll have to live with them.  Climate change.  Widening economic and social inequality.  A deeply indebted state.  A government held hostage by the gun lobby.

We are pushing young people into an increasingly dehumanized economy.  They know it.  And it is making many of them miserable.

But absolutely none of this was evident among the activists in Phoenix.  These were energetic, action-oriented students and professionals who had been working to make positive change in their communities for months. They spent their own time and money to gather together with 1,600 of their peers from across the country.  The can-do spirit was palpable.  Parties were involved.  It was an exuberant, festive atmosphere. It felt like a revival. 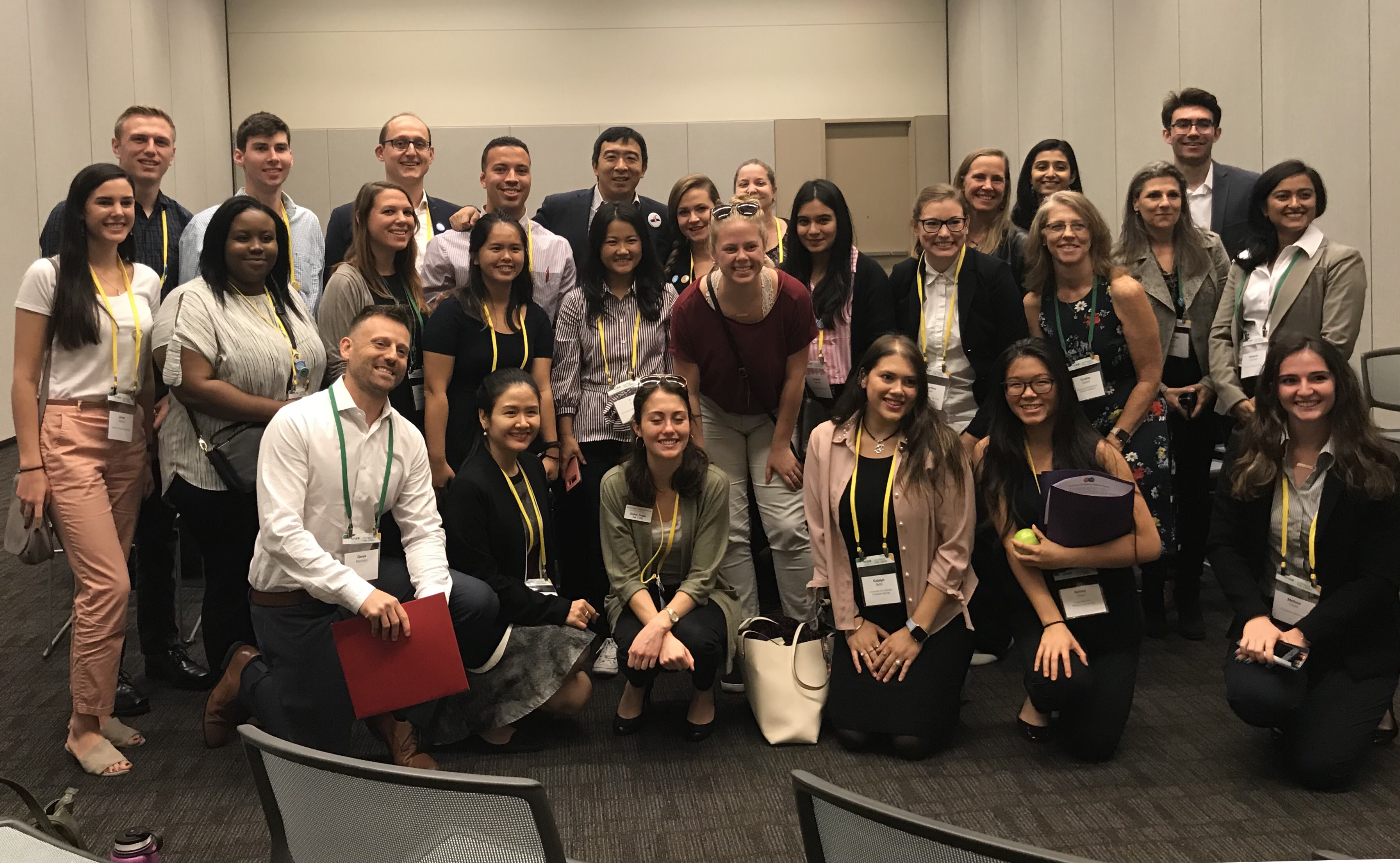 In this environment, all things were possible.  I spoke about the need and the path toward a Freedom Dividend of $1,000 per adult per month, paid for by some of the fantastic gains we are seeing in the technology world.  I made the case for getting health care off the backs of American families and businesses and aligning incentives to improve care.  And I argued for redefining the rules of the economy to measure what matters – the health of our children, our fulfillment with work, our mental well-being, and the strength of our environment.  We need to build a more human-centered economy for a new age.

The response I got was overwhelming.  Dozens of attendees approached me to thank me for acknowledging these problems and expressing a vision for the future that they would rally behind.  Many are volunteering and bringing friends to our Humanity First Tour (Facebook RSVP Page | Yang2020 RSVP Page). It was an extraordinary coming-together. I was meant to inspire, and I left inspired myself.