Thank you for the help and support—we appreciate it a great deal.

I spent the weekend in Cincinnati, Columbus, and Cleveland meeting with supporters in Ohio. I’d visited Ohio during the Humanity First tour a few months back—this time the crowds were a bit bigger: 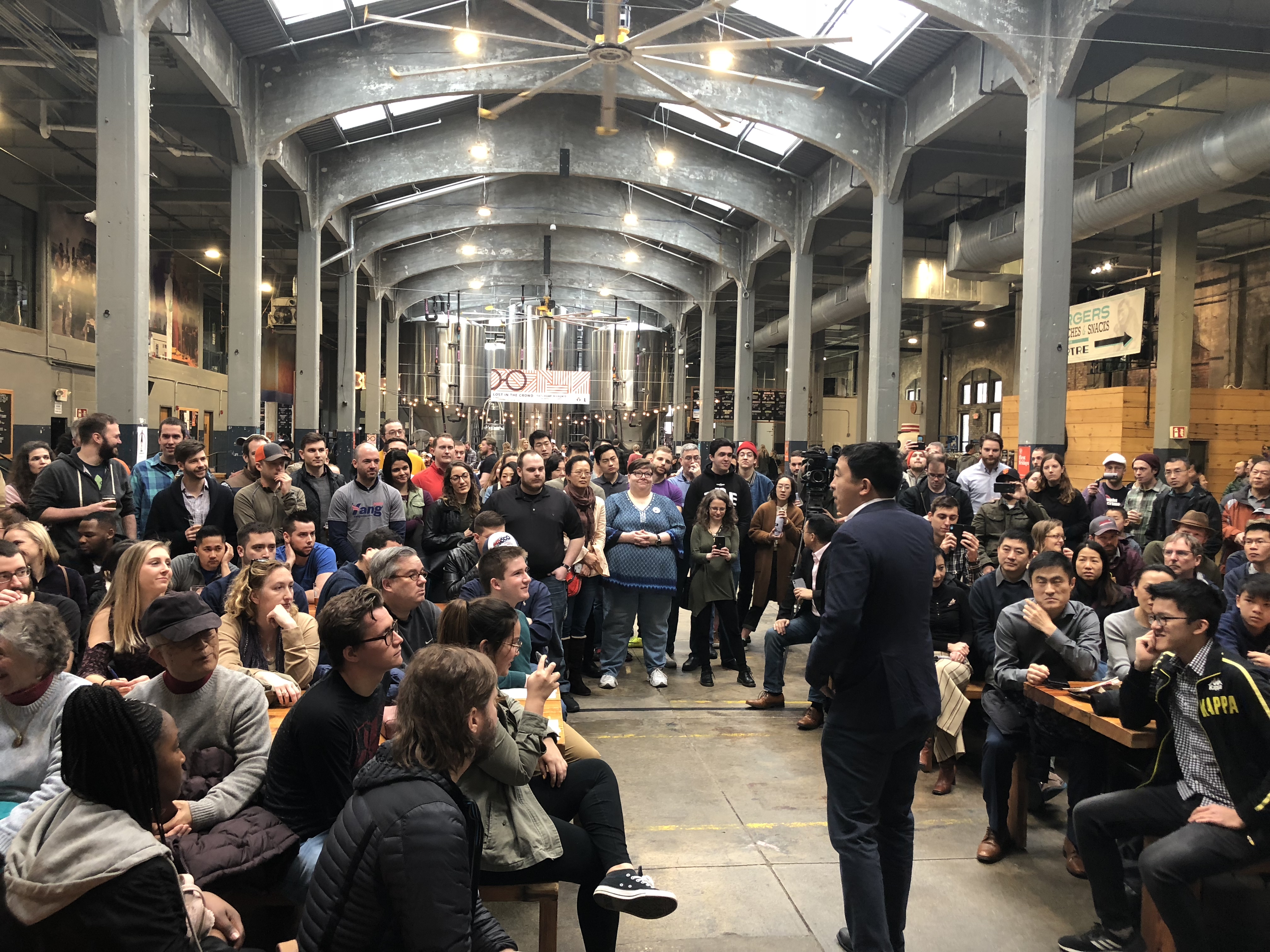 Among my stops was an event with the Euclid NAACP, where I met with a number of activists.  We discussed Dr. King’s support for Universal Basic Income before he was assassinated in 1968. 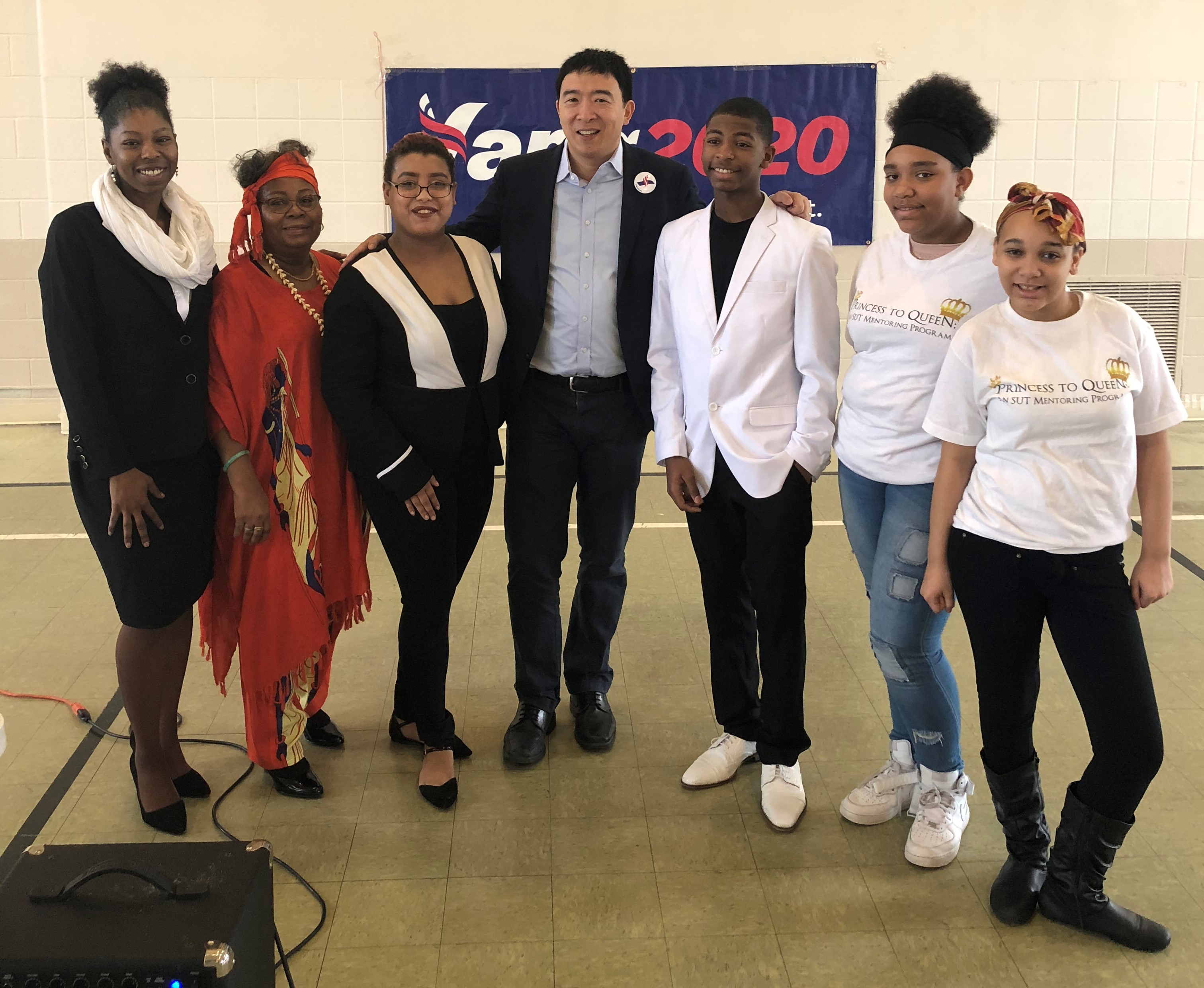 Everywhere I went, there was a certain energy.  I am being recognized on the street more and more.  When I was clearing security at the Cleveland airport, the TSA agent did a double-take and said, “You’re Andrew Yang!  You’re my #2 to Bernie.”  I thought that was pretty good in the scheme of things.

We recently hired Madalin Sammons, former Communications Director from the Richard Ojeda campaign, as Press Secretary.  Thank goodness we have Maddie, as we have been inundated with press requests from CNN, Fox, and others.  You’ll be seeing more of me on media outlets soon.

The media is picking up on us in part because we are on track to make the DNC debate stage in June!  Thank you to all of you for making this happen.  We just cleared 32,500 donations—halfway to the 65,000 needed to qualify—and we have more than two months to go.  The team designed this amazing progress meter for the website:

If you haven’t done so, please do tell some friends to donate so my little animated self can reach the podium.  It will then put on a Superman cape and fly into the sky dropping dollar bills—or something like that.  After we get to 65,000, we will find a way to celebrate with all of you.

I am doing an AMA on Reddit /r/politics this Thursday, along with Tucker Carlson on Friday, and much more press this week. Then I’m off to Austin, Texas, for SXSW and a big rally—let your friends in the area know.

It is a surreal experience walking into a room filled with hundreds of people who are excited to see you.  It looks like I may have to get used to it pretty quickly.

Let’s show what we can do,