Thank you for your incredible support!  Our Moneybomb was immensely successful, as we raised over $260k from thousands of donors in the last weekend.  For the quarter, we raised over $1.7 million from 80,000+ donors.  What’s most exciting to me is that 99% of these donations were in amounts under $200, with an average of only $17.92. 95% of donations came in after February 11th so we raised this money in essentially the second half of the quarter.  We are showing this country that someone supported by normal Americans can compete at the highest levels.  Thank you so much for believing in this campaign. Without you, none of the great news I’m about to share would be possible.

We just received the news – I am getting a CNN Town Hall on Sunday, April 14th at 8pm EST!  This is an enormous opportunity for me and the campaign.  Most Americans are just getting to know the various candidates.  Together we can make the case to the American people for a new economy that works for people.  More info to come about how we will rally the Yang Gang around our national moment.

One way for people to get to know us is to get out and talk to people —I am thrilled to announce new dates for the Humanity First Tour.  We are heading to New Hampshire this weekend, followed by Boston, DC, Atlanta, LA, Vegas and back to Iowa this April. See here for more dates and check out the image below.  We had 3,000 people in San Francisco and 1,000 in Chicago, so we have been booking bigger venues.  We would love to see you there—let’s build a movement that reshapes our country. 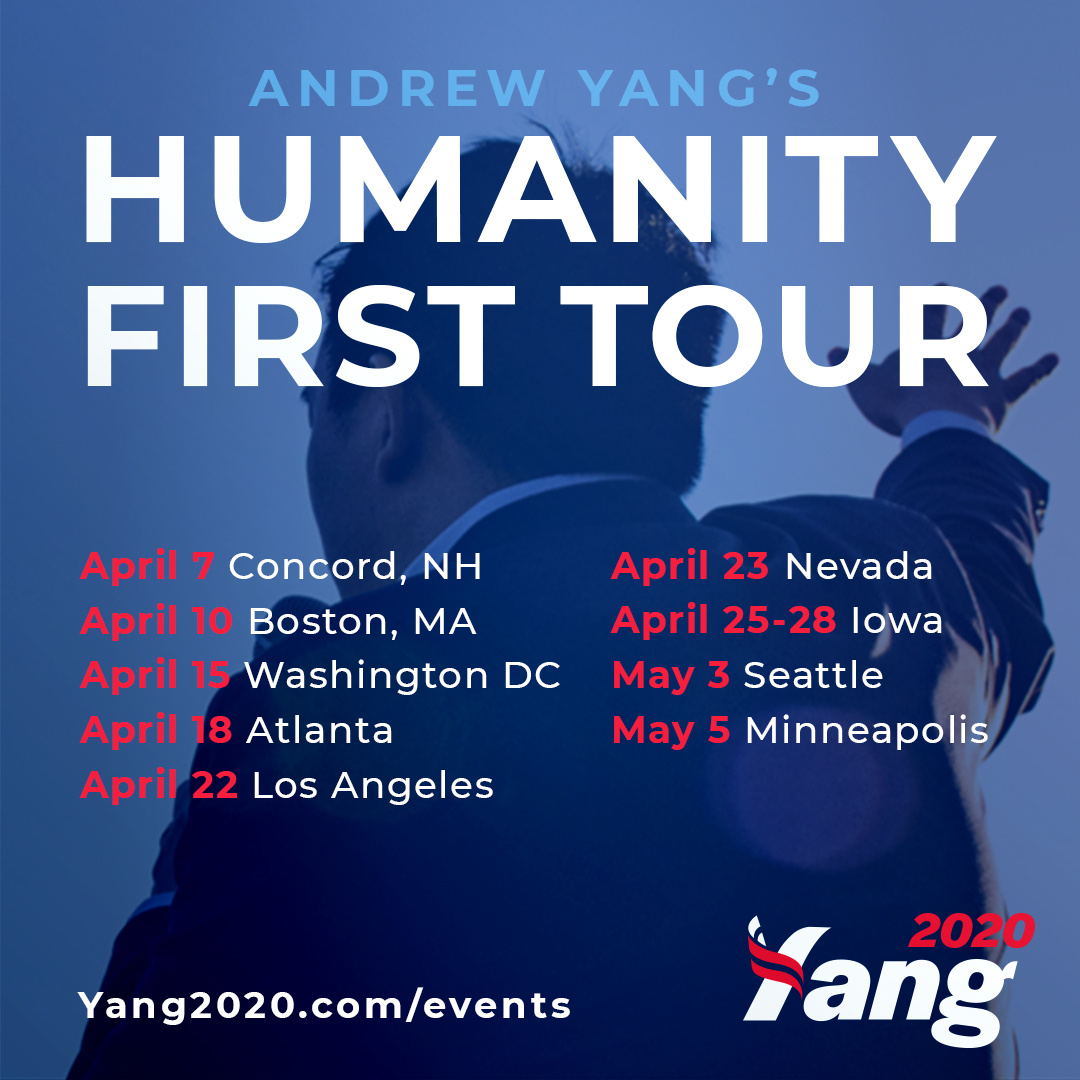 Our campaign is gaining strength.  I just polled at 3% in Nevada—my highest level yet—and we are hiring campaign staff in Iowa, New Hampshire and other early states.  The DNC announced that the first debates will be June 26th and 27th in Miami, Florida on NBC. We are planning a rally in Miami on one of those days and we know the Yang Gang is going to show up in massive numbers.  The team and I are pumped about the weeks to come. I hope that you are, too.

We will grow and grow and peak at the right time.  Let’s fight for the future.  It needs us to win.  We are on our way.