Hello, I hope you are doing great!

I am writing this from LA, where we met with local community leaders and then proceeded to have one of our biggest rallies yet.  2,000+ people came out to celebrate our message, and we made the local LA news. 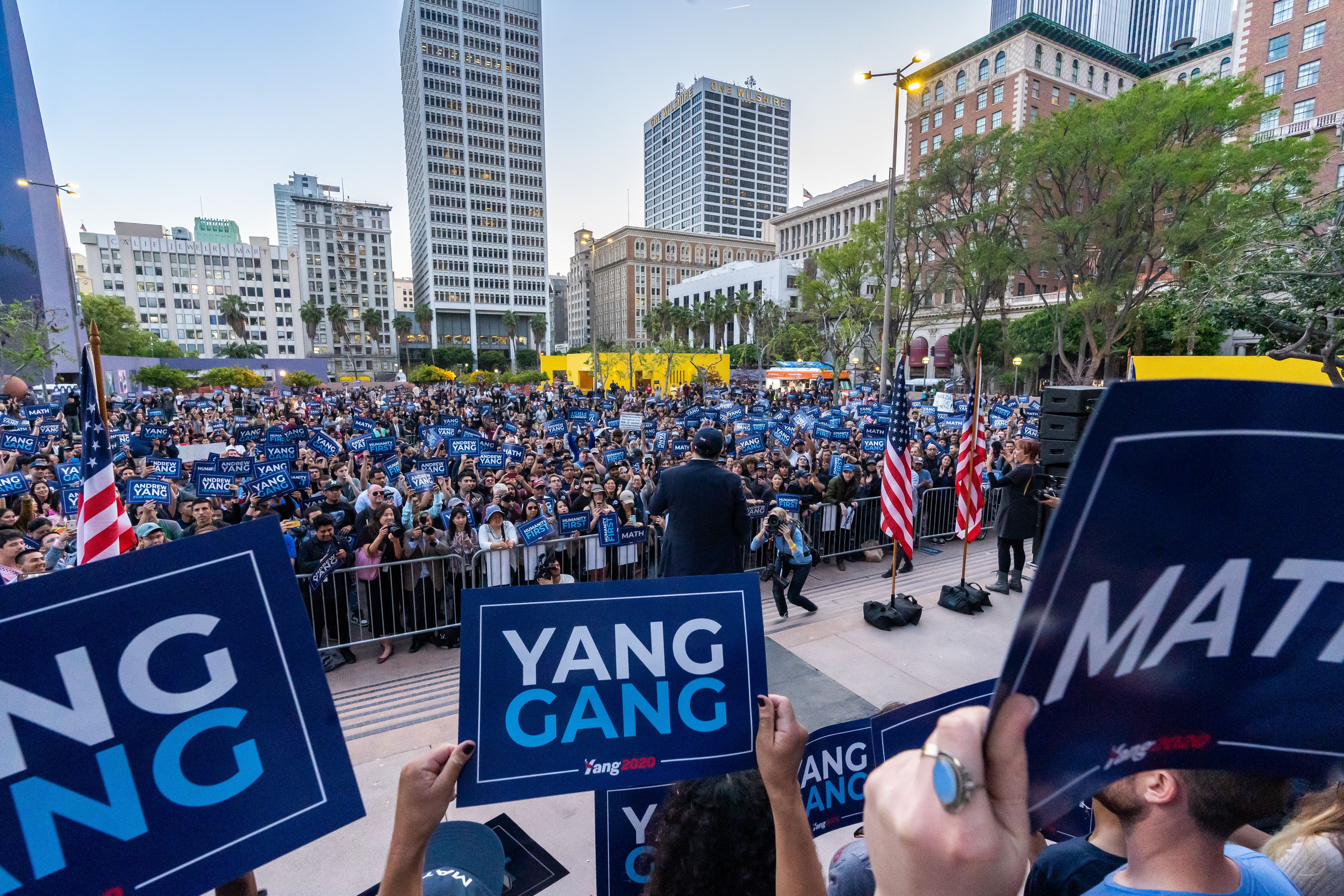 It was a blast.  The Humanity First Tour has been a ton of fun. The best thing about our events is the energy and optimism of the people who show up.  Plus our playlist gets better all of the time. 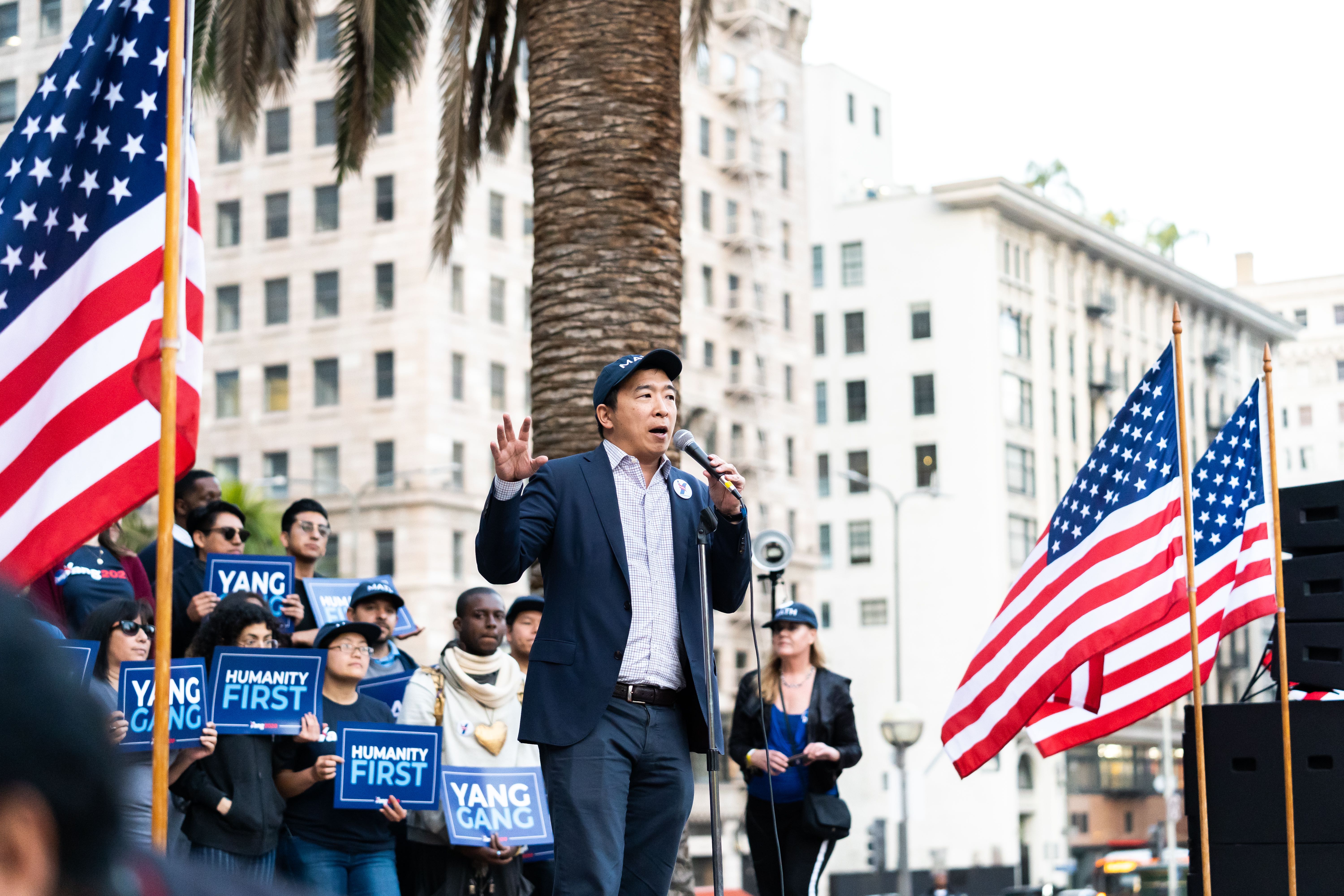 The press continues to roll in—538 noted that I am one of only 6 candidates to meet both the polling AND donation requirements to make the DNC debates (the others are Buttigieg, Sanders, O’Rourke, Harris, and Warren).  Thank you for making it happen.  USA Today had me at #1 from their readers in terms of candidates they were excited about.

This week we are heading to Nevada, which is the 3rd state to vote for the Democratic nominee.  For those of you who aren’t super into politics (which may describe about 90% of you), the order of states voting goes (dates subject to change):

This is why you always hear about voters in Iowa and New Hampshire in particular—because they vote first, they have an enormous amount of influence.  Historically, you need to finish at the top of the heap in one or both of those states to win the nomination.  This is in part because the results in early states drive voters in later states—if you do well in the early states, you get much more support, money, and attention every day.  By the time the calendar gets to March, the nomination is often down to 1 or 2 candidates.

This time, that may hold true again.  But there is some thought that the nomination calendar will stretch through the Spring and Summer in 2020 because the field is so fragmented that it will be hard for any one candidate to achieve a majority.  This is particularly true given that superdelegates—who went en masse for Hillary Clinton last time—cannot vote until the 2nd round of voting at the Democratic convention in Milwaukee in July, a change they made to give more power to grassroots voters.  Some believe that there will be a contested convention where no one has a majority and there will be a big negotiation to determine the nominee.

It is hard to know—a field this big on the Democratic side is unprecedented.  We are in uncharted territory.

It’s one reason the opportunity for us is so historic.

One thing to note about the scenario above—if we get a significant number of delegates, we could be in position to ride into Milwaukee in position to decide the Democratic nominee.  Universal Basic Income, updated economic measurements, and a more modern approach to AI as part of the Democratic Party platform?

To get there, we need to win support everywhere, but particularly in the early states.  I am excited to campaign in Nevada—where we already are at 3% support—this week and Iowa later this week.  This will be my 11th trip to Iowa and we now have many friends there.  I believe that we will outperform any polling in the early states in part because we are attracting folks who will be voting for the first time in a Democratic caucus or primary.  But we still have a lot of work to do.

The goal is to win.  We can do it.  History is providing us a golden opportunity.  Let’s make the most of it.

The next four stops in the Humanity First Tour are Las Vegas, Des Moines, Seattle, and Minneapolis, and then back to New York for a big rally in Washington Square Park.

Our crowds get bigger all of the time.  With you behind us we will make history in 2020.