We just got back from 4 days in Iowa.  As you know, Iowa is the first state to vote and will be crucial in 2020.

I have been visiting Iowa since last summer, when I spoke at the Wing Ding.  I have returned every month since.

This time was different. 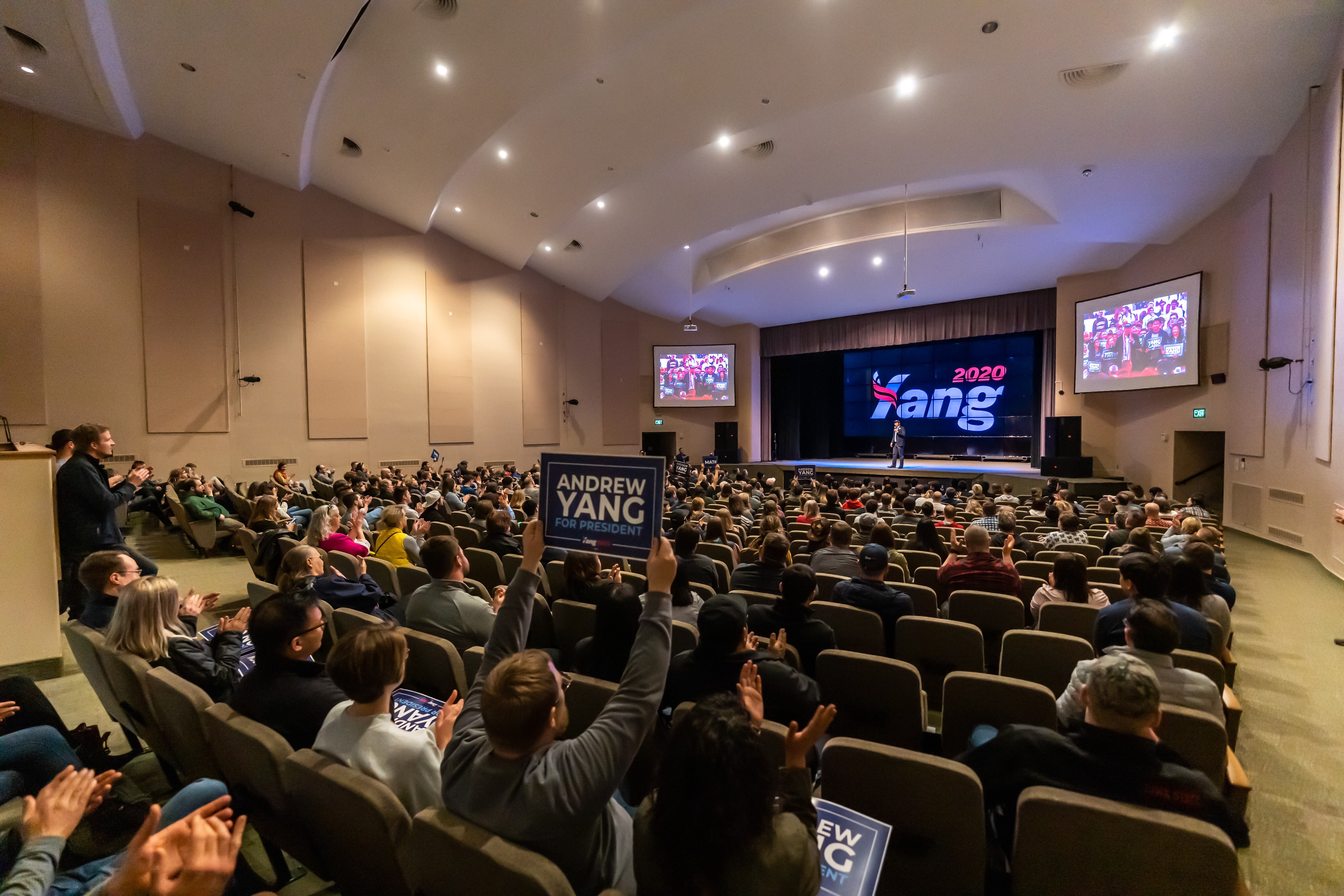 We drew a crowd of hundreds to a Town Hall in Des Moines with JD Scholten, a political icon in Iowa who is fighting for the working class.  People drove from hours away to attend.  The crowd included people wearing MATH hats and people who were simply curious.

Among the things I heard from excited Iowans:

“My son told me I had to come see you.  He’s already decided to caucus for you.”

“I read your book and have been giving it to everyone I know.”

“You will be the first person I ever caucus for.”

Folks then waited for up to an hour afterwards for selfies and to meet.  That wasn’t happening in 2018. 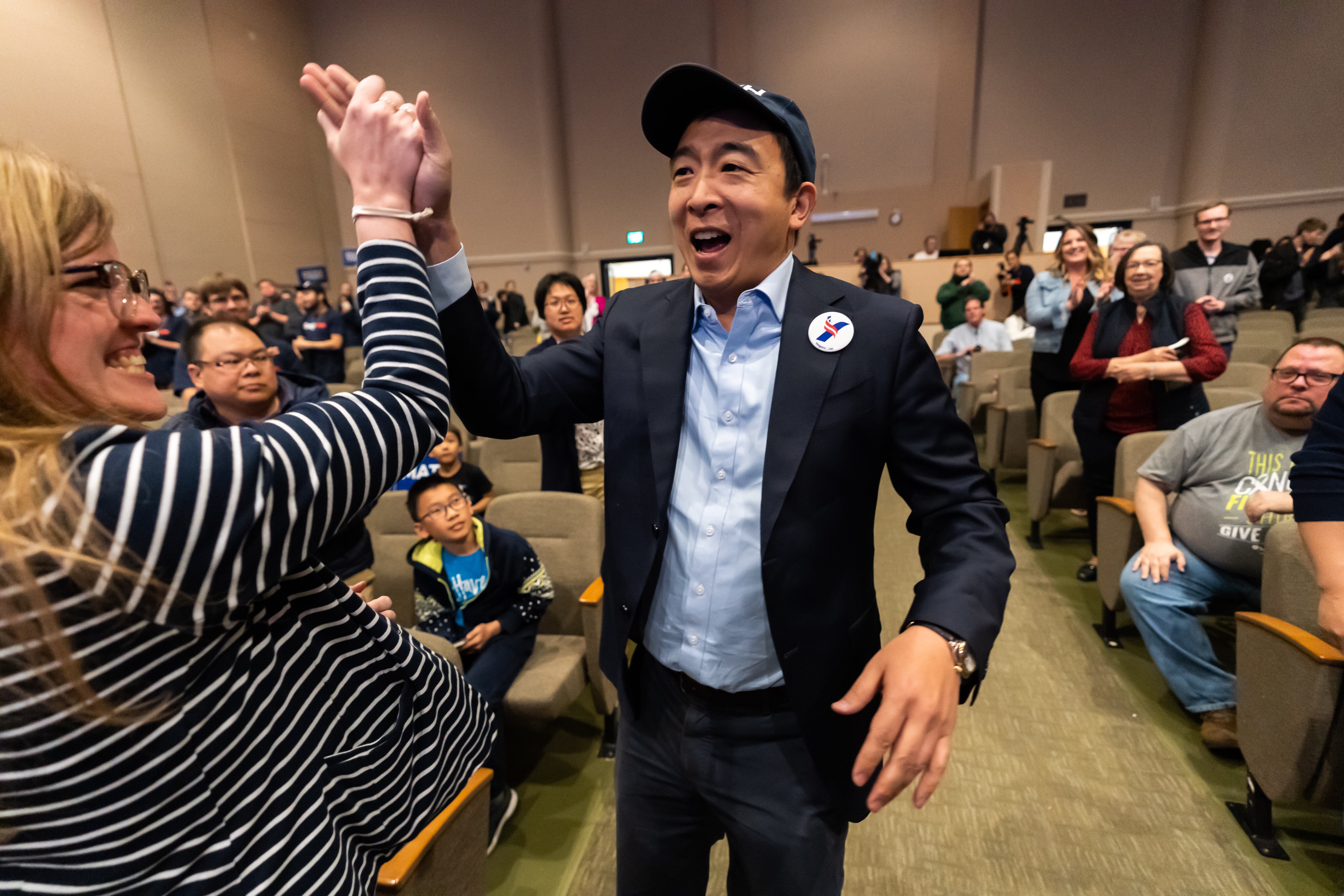 I also spoke at the Democracy Ball in Boone County, a rural forum in Stuart, and several other events.  Everywhere we went there was a ton of energy and interest in the campaign.  It felt very much like we had turned a corner.

We weren’t alone—journalists from the Washington Post and Politico were with us tracking the campaign. That wasn’t happening in 2018 either. We will compete in Iowa as our campaign gains traction.  I made appearances on CNN and MSNBC from Des Moines.

We are growing all of the time.  But we need your help.  Though our April fundraising is ahead of our Q1 pace of $1.7 million, it is not growing fast enough.  We will have to demonstrate major growth in order to contend in the days ahead.  If you have the ability to do so, please do make a donation today.  This is particularly important if you haven’t donated, as we are trying to reach 200,000 donors by the debates in June.  You can also buy some swag—we are told that people shout “Yang Gang!” at you on the street if they spot a fellow supporter.

Your donation will pay off.  We are already polling at 3% in Texas and Nevada, and the New York Times recently noted that we are one of only 8 candidates to qualify for the debates via both polling and donations.  We are drawing crowds of hundreds or even thousands to our Humanity First rallies around the country.  This week we will be in Seattle, Detroit, and Minneapolis before heading to New Hampshire and our biggest rally yet in New York City.

We can change the course of our nation’s history.  But we will have to dig deep—and demonstrate ourselves that people matter more than money.  Americans are hungry for this message.  I see it every day.

On a personal level, I appreciate your donations because they mean that we can demonstrate our grassroots support, and I can focus on growing our base instead of doing the money chase.  It is incredibly empowering.  You all make me stronger.

Let’s show what we can do.