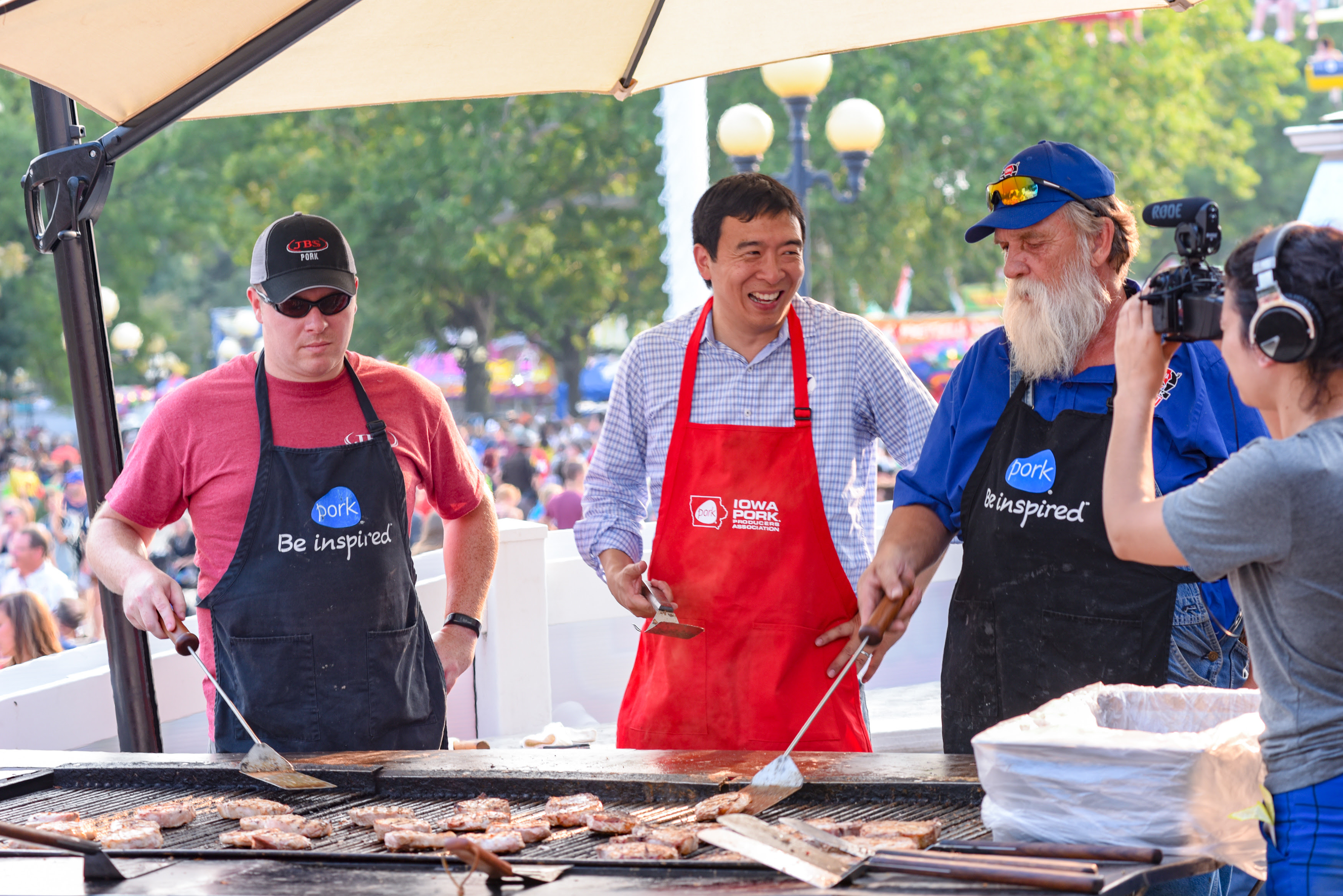 From the Quad Cities to Sioux City, Andrew Yang will make the case for the Freedom Dividend and a Human-Centered Economy.

Iowa; January 23, 2019: One of the first Democratic candidates to declare his 2020 campaign for president, Andrew Yang has been traversing the country and building a grassroots support network with an average donation of $11.

On his eighth trip to the Hawkeye State, as part of a six-state tour, Yang will have over a dozen town halls and events across 10 counties, including several on college campuses such as Simpson College, Central College, and Des Moines Area Community College. He will then join the College Democrats of America (CDA) to speak to over 200 student activists at the CDA Winter Convention on February 3rd at North Carolina State University.

Andrew will also personally give a resident in Iowa the Freedom Dividend in 2019, which will be announced later this year.

All of this is in service of promoting the Humanity First platform, policies designed to address the greatest economic and technological shift in our history. The three central tenets are:

One of the most exciting and unique candidates to enter the 2020 US Presidential Race, Andrew Yang is a New York and Silicon Valley entrepreneur running as a Democrat.

In 2011, he founded Venture for America, a national public service fellowship that places recent grads in struggling communities to help local businesses revitalize the economy. Over 6 years running the organization, Andrew helped to create more than 2,500 jobs in cities like Cleveland, Detroit, and Pittsburgh. His work at VFA saw him recognized by the Obama White House as a 2012 Champion of Change and a 2015 Presidential Ambassador for Global Entrepreneurship.

When Andrew realized that artificial intelligence and other automation technologies threatened to eliminate one-third of all American jobs and current politicians weren’t even recognizing the problem, he knew the nation needed a leader with a vision on how to enter this radically different future.

Andrew’s innovative platform focuses on solutions to problems being faced by normal Americans, including the implementation of the Freedom Dividend: $1,000 a month for American adults, no strings attached. See his features in the New York Times and CNBC; his speech at the Iowa Wing Ding; his podcasts with Sam Harris and Ezra Klein; and his campaign video.

Universal Basic Income (UBI) guarantees a certain minimum income to every citizen within a given governed population, without having to pass a test or fulfill a work requirement.

Andrew Yang’s Freedom Dividend is a universal basic income set at $1,000 per month, or $12,000 per year, for all U.S. citizens over the age of 18, paid for by a new tax on automation. Yes, that means you and everyone you know would get another $1,000/month every month from the U.S. government, no questions asked. You could use that money to pay down debt, start a business, go back to school, or shop at local boutiques. For more information, visit our campaign’s UBI explainer.