Hello and thank you for your incredible support!  It means the world to us.

This past week was an enormous one in the media.  I was interviewed by Ali Velshi, Chris Hayes, and Joy Reid on MSNBC, Ben Shapiro on his Sunday Special, and George Stephanopoulos on ABC.  I also did a Town Hall in Concord, New Hampshire on campaign finance reform hosted by Lawrence Lessig that was livestreamed by NowThis. 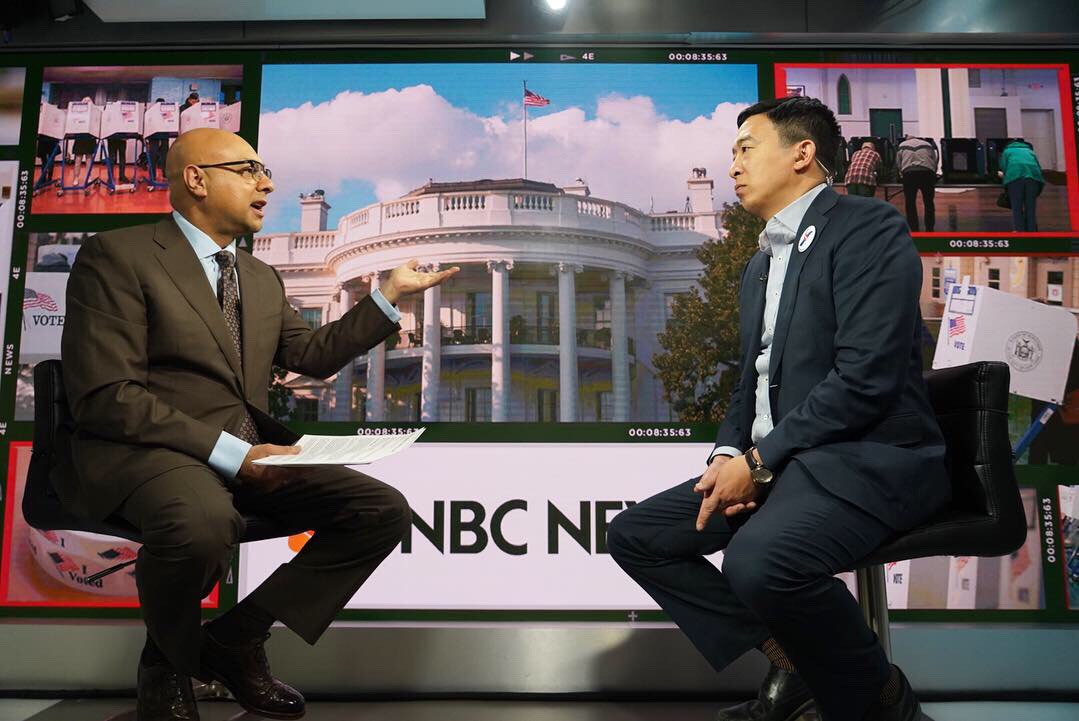 As a campaign, we are performing phenomenally.  We have qualified for the DNC Primary Debates in June and July.  We now have over 90,000 individual donors, well above the threshold required to qualify for the debates in June and July. Thank you for making it happen!  We raised over $1.7 million in the first quarter—99% of it from small donors—and sold almost $300,000 in swag.  We have hundreds of Yang Gangs around the country and thousands of volunteers.

The CNN Town Hall this Sunday at 8pm will be an enormous opportunity to introduce myself to millions of Americans.  The more people learn about the campaign, the stronger we get.

It has been amazing to reach this point.  Now, the hard part begins—we have been calling it Phase Two.  Here is what we must achieve moving forward: 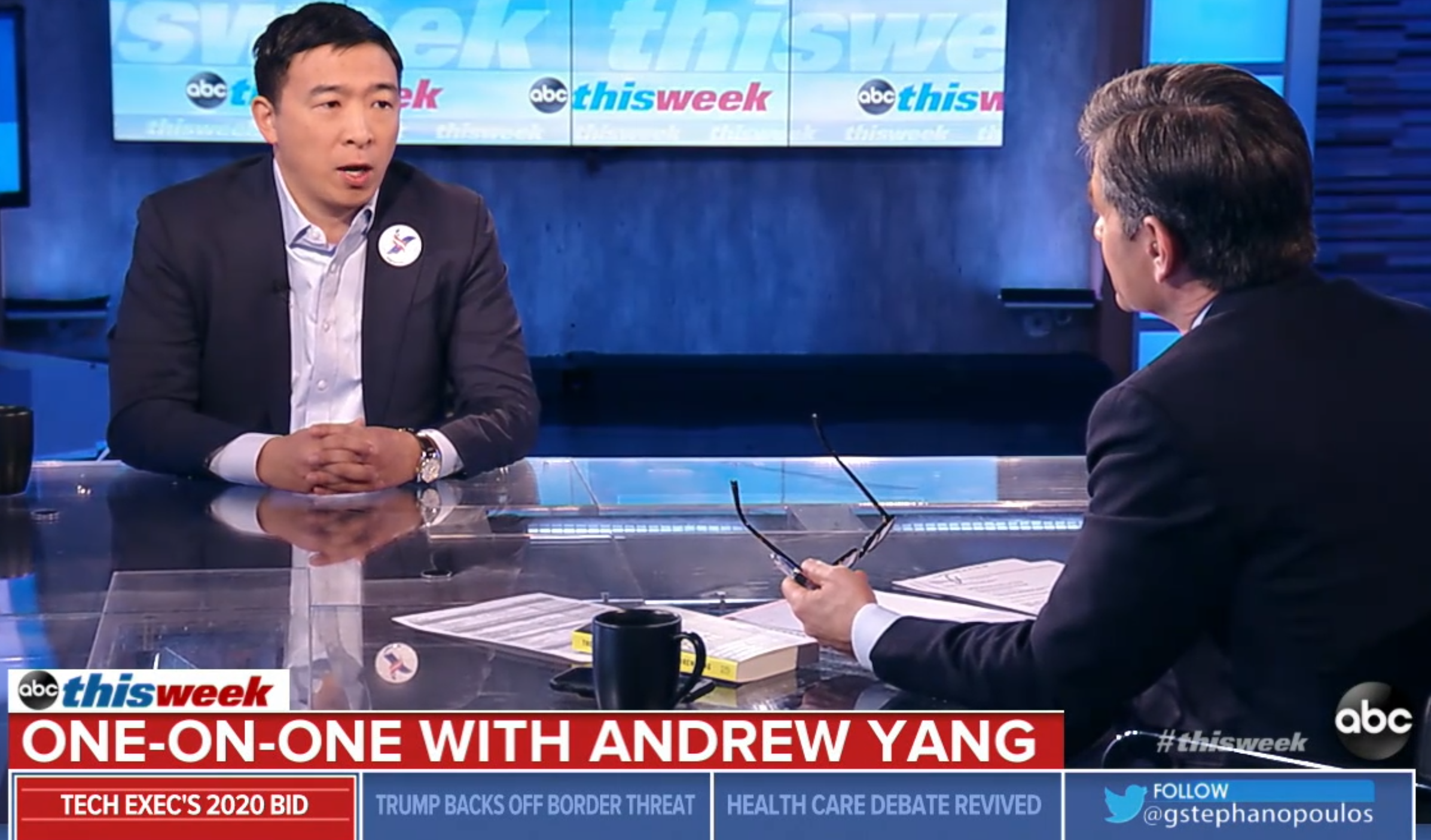 Our recent media appearances and events in San Francisco and Chicago are a sign of our new approach.  We are embarking on a National Humanity First Tour and will hold big rallies in markets around the country.  This will amplify our campaign at every level—it should increase our polling, momentum, and legitimacy.  We will be in Boston TOMORROW and Washington, DC, on MONDAY, right after my CNN Town Hall.  Please do come on out and tell friends to join in and spread the word. Our rallies have been a lot of fun and we expect that will continue.

We will also be investing our time in gaining mainstream coverage in the media.  Journalists are catching on, and so are voters.  We have noticed other candidates either echoing our talking points or being interrogated about them.  Our campaign offers the most thought-out and comprehensive solutions to the true problems of the 21st century.

We will continue to campaign heavily in the early voting states.  I am making my first trips to Nevada and South Carolina shortly and will be back in Iowa and New Hampshire this month.  We just hired an additional full-time staff member in Iowa and our first staff members in New Hampshire; we are building our organization accordingly.  I personally enjoy meeting voters in the early states—most are very serious and passionate about their role in choosing the next President.

Every day is now precious around the campaign.  You have put us in position to change the course of history and we will take full advantage.  Here’s how you can help us get Phase Two off on the right foot:

We have done a remarkable job getting a seat at the debate.  I was always confident we would reach this point. But now I see the path ahead and know that we can win the whole thing.  Now the hard part begins.

Let’s show that we up for the challenge.

Your fired up candidate,