Hello and thank you for the support—we really appreciate it!

I landed in Las Vegas on Tuesday for our first campaign trip in Nevada.  We met with local activists and hosted a town hall with 500 Nevadans: 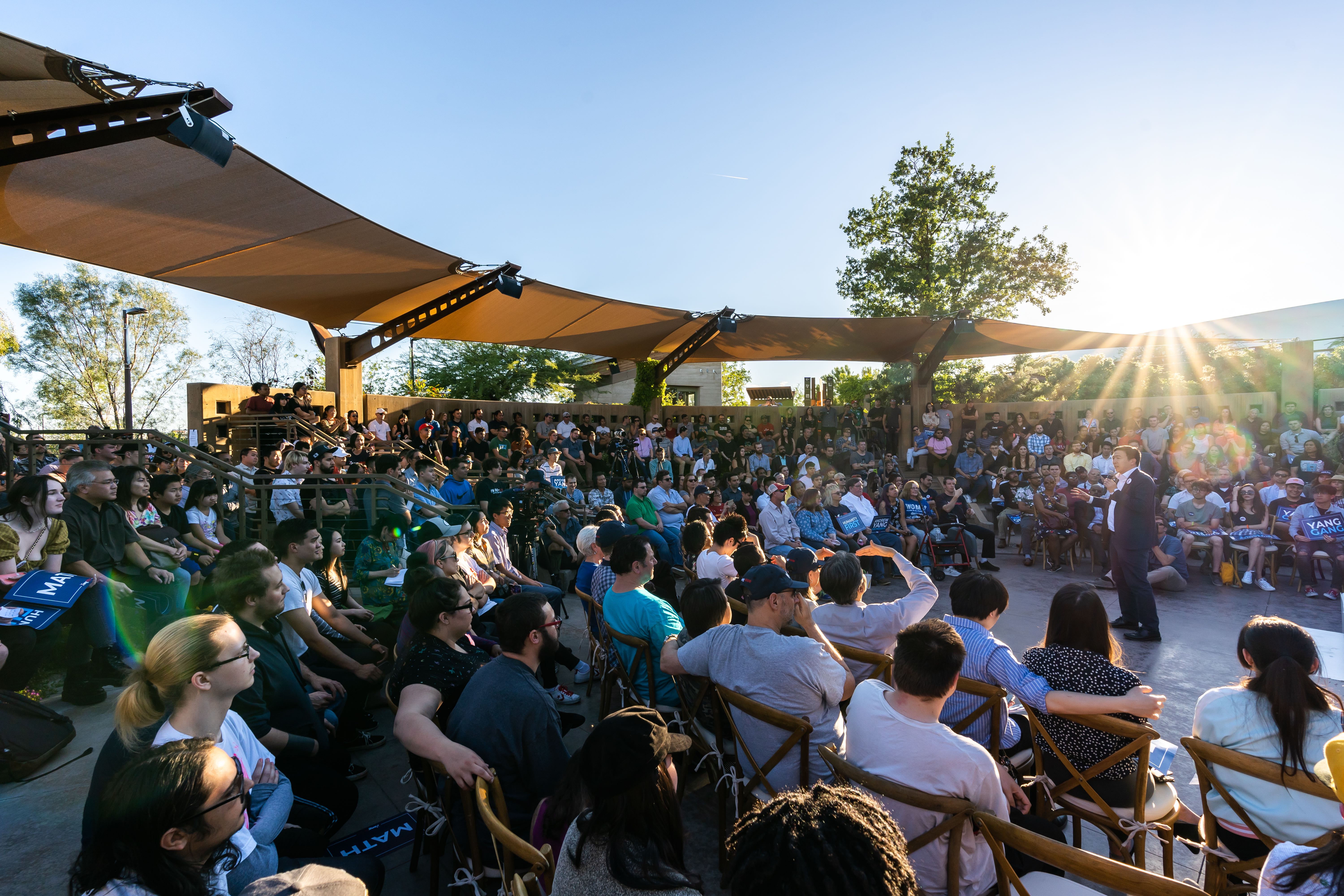 Our visit to Nevada was preceded by reality on the ground.  It turns out that Nevada is the #1 state out of all fifty states in terms of the proportion of jobs that are subject to automation.  One study said that 3 out of 5 of the jobs in retail, gaming, and hospitality are in danger.  The Nevada economy revolves around those industries, followed closely by administrative/call-center work and transportation.

This is happening right now.  MGM recently announced that it will replace its bartenders with robots later this year and gave all of its current bartenders notice that they would be losing their jobs.  I know this may sound like a joke or science fiction—but it is all too real to the families impacted.  Bartending is how many Nevadans make ends meet.  The children of various hospitality workers put together a video to call attention to what this means to them.

MGM is a very smart company and has tested the robot bartenders in other locations.  It turns out that customers don’t mind them.  Some even like them.  How long before other gaming companies follow their lead?

When I met with local labor leaders, they were acutely aware of the danger.  Protests have already broken out to try and shield their workers from technological changes.  But union leaders know that change is in the air, and most of those changes will not be good for the workers they represent.  There is a sense of searching for a solution.

In part due to our campaign’s reckoning with the reality of automation, we had a very welcome audience throughout Las Vegas.  Nevada is the 3rd state to vote and will set the tone in 2020.  We made some friends in Reno and will be spending more time in the state.  As part of the Humanity First Tour, I met with an artist who is packing UPS trucks to make ends meet and a counselor who is heading back to school to get a nursing degree.  I learned a lot from each of them.  I also met with a non-profit that is working on converting shipping containers to affordable housing; apparently, it costs about $35,000 to turn a shipping container into a comfortable-looking apartment for one complete with bedroom, bathroom, and kitchen.  There is a lot of potential there.

We are polling at 3% in Nevada—and that percentage is set to grow.  Several people came up to me and said that they were switching their party affiliation so they could caucus for me.  Our message is very powerful and getting stronger all of the time.

This weekend, I am in Iowa, and then next week we will be holding rallies in Seattle, Detroit, and Minneapolis. Then, we are back to New York for what should be our biggest rally yet.

The people in Nevada know what is going on around them—they are the new ground zero for the automation of jobs.  $1,000 a month would be a game-changer for the families there and around the country.

Let’s win in 2020 and get the Freedom Dividend to them as soon as possible.  We don’t have that much time.