Thank you for your belief and support – it means a lot.

It’s been a huge week for the campaign.  The New York Times, CNN, the Washington Post, the LA Times, Business Insider, and dozens of TV stations have all included me on their list of declared presidential candidates.  Just this past week, we got a feature treatment in Rolling Stone – one of my favorites – and an article in TIME magazine.

In order to achieve our goals, people need to know that I’m an option.  We have broken through to the point where we have been included as a mainstream candidate.  And the enthusiasm is high – we have received tens of thousands of dollars in new donations, and thousands of new visitors and supporters.

Thank you to all of you for getting us to this point!  We could never have done it without you.

The media will keep on rolling in.  In addition to Joe Rogan, we are talking to the Daily Show about my making an appearance.  The Washington Post and Esquire are both discussing feature stories, as well.

This past weekend, I spoke in Washington, D.C., at LibertyCon, a gathering of libertarian students and activists. I debated Harvard economist Jeffrey Miron on the merits of Universal Basic Income.  I spoke about the fact that many of the business relationships between growth and staffing that we’ve taken for granted are now breaking down – companies can now become very successful and profitable while hiring fewer people.  One person came up to me afterwards and said, “You don’t sound like any Democrat I’ve heard before.”  He said that he would start a campaign among libertarians to get me on the debate stage. 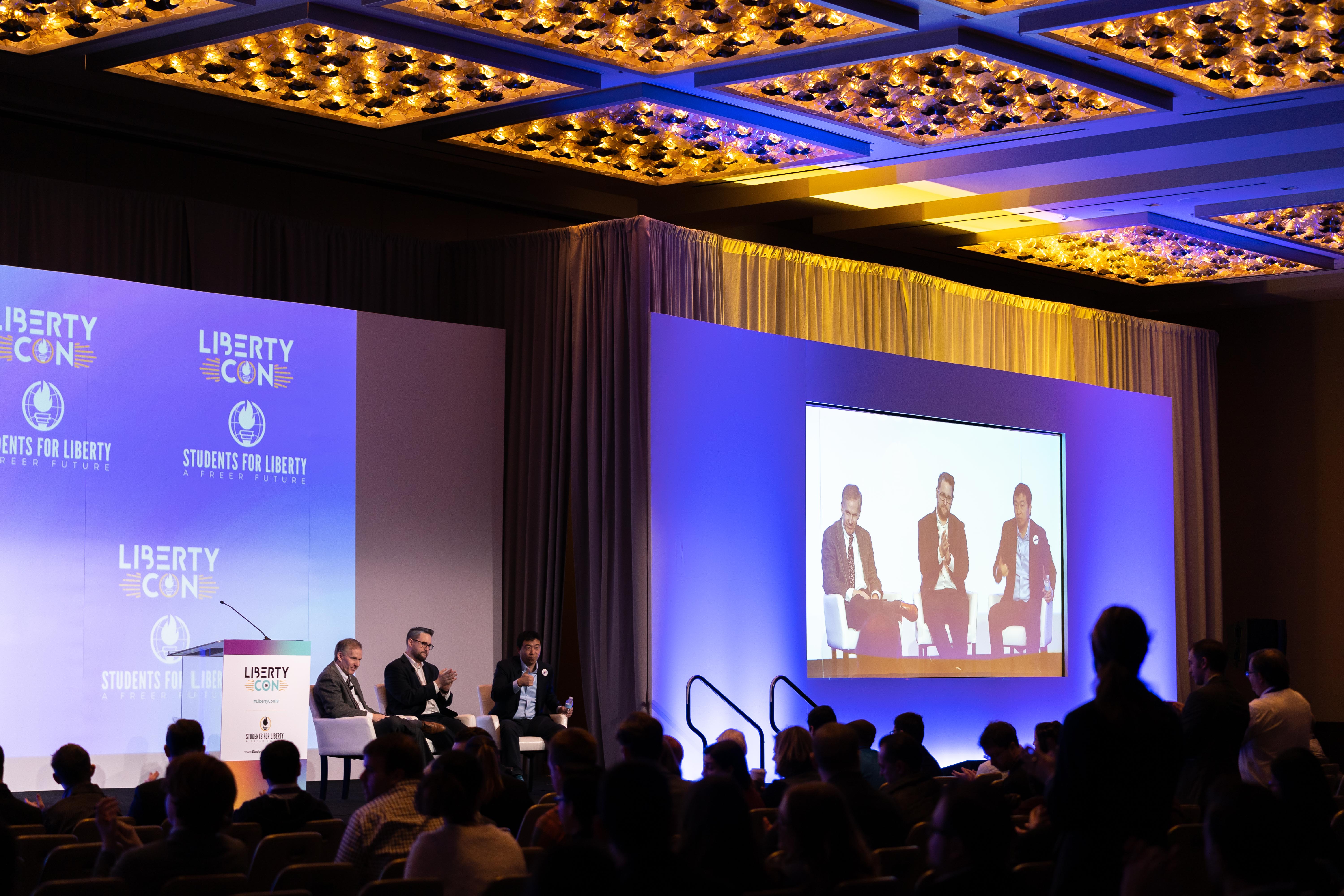 I was pleased to be there in part because it strikes me as necessary to get beyond my bubble and speak to all different groups.  I have already appeared on Fox Business and have a policy of appearing anywhere that is interested in having an honest conversation.  The fact is that 47% of Americans identify as Independents, and many Americans do not feel that the major parties are speaking for them or getting everything right.

We are in dire need of new ideas to help modernize our society and government.  How is it that we can all bank seamlessly online but our voting system still requires us to register weeks in advance, take off from work, wait in line, pull a lever, and hope it is counted?  Why do we have better data on where to put a right fielder in a baseball game than on how effective various government programs are?  Why do we think it’s fine to give institutions hundreds of billions of dollars but balk at our citizens receiving the basic resources to make better decisions?  This campaign is about pushing our government to meet the true challenges of the 21st century.  All Americans have a stake in that.

This weekend, I am heading back out to San Francisco for a couple days before heading to Chicago, Minneapolis, and then 4 days in Iowa.  In Iowa, I will be riding shotgun with a trucker between cities and then speaking at a truck stop.  The future will be here before we know it.

Let’s make the most of the time we have.