Thank you for the support! It means a ton to us.

Some huge news came out this week in the Washington Post:

The Democratic National Committee is close to finalizing a 2020 primary debate plan that would give lesser-known candidates a chance to share the same stage as the party’s front-runners, avoiding the two-tier “kiddie table” approach that divided the Republican field in the last presidential campaign.

Chairman Tom Perez . . . has made clear to his staff that he would like the field to be presented in a way that initially mixes top-tier candidates with lesser-known ones. The party’s proposed solution, which will be presented to Perez for approval later this month, also would allow for other factors beyond national polling, possibly including staffing, fundraising and number of office locations, to be considered in making a cutoff for debate participation.

“There are a lot of really good people running or considering running on our side,” said Mary Beth Cahill, a senior adviser with the DNC, who has led the debate planning process. “We want everyone to have an equal shot as we start this.” The decision to democratize the debate stage early in the primary campaign could give lesser-known candidates a crucial platform, effectively helping to level the playing field for the most wide-open Democratic nomination fight in decades.

This is obviously enormous news for us.  If we make the main debate stage, our message will reach millions of Americans.  We can wake the entire country up to the possibility of a new economy that centers on people. Every write-up of each debate would include me and the campaign’s main ideas. 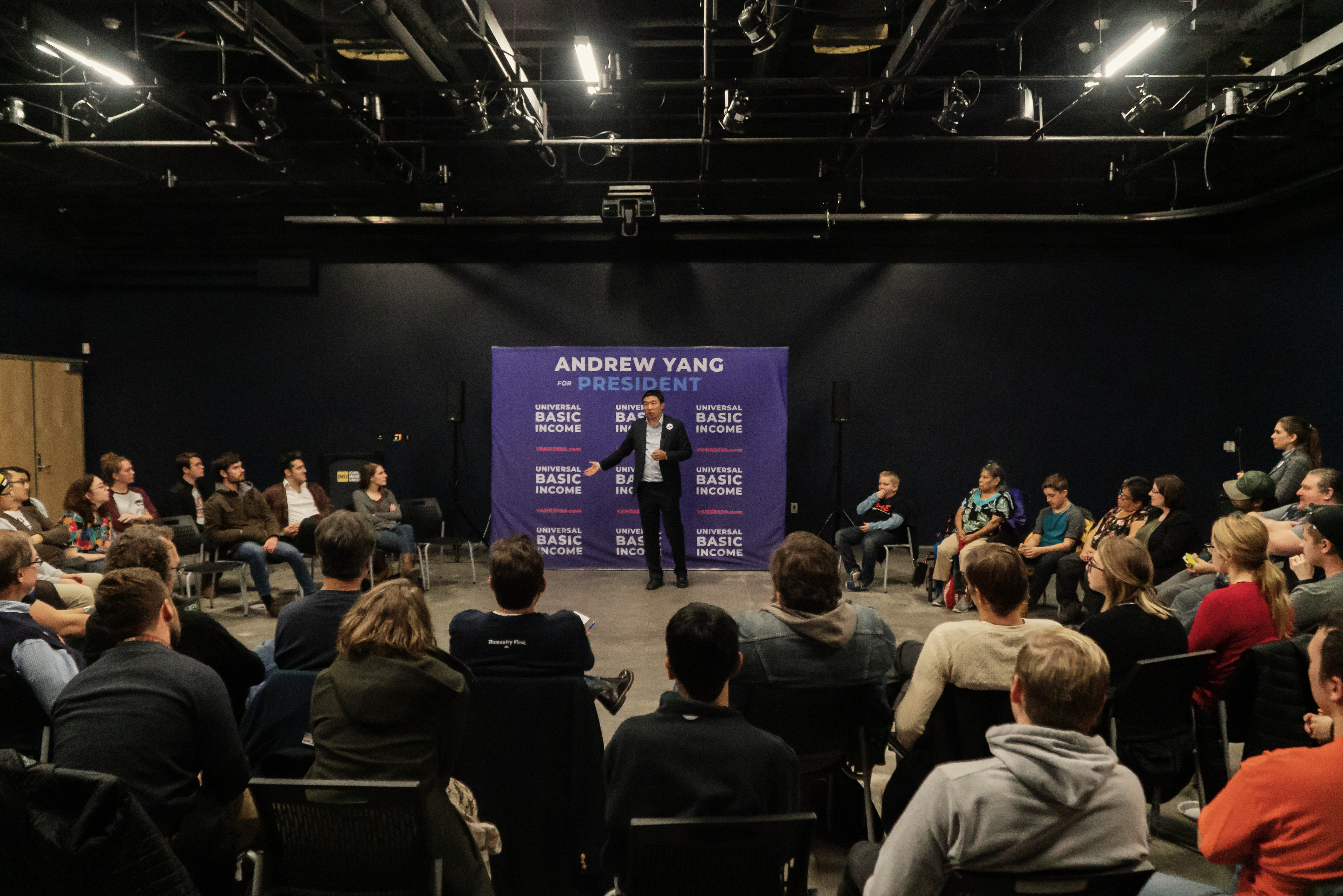 The article goes on to quote Tad Devine, who is advising the DNC:

“My suggestion . . .  is that it not be one single standard,” Devine said. “Polling should be part of it. There are also resources, people who follow you on Facebook, or follow you on Twitter, fundraising.”

We have been running the campaign assuming that the DNC would rely upon public polling to determine who to include on the debate stage.  Now, it seems that there are other variables they are likely to include: fundraising and number of donors, number of offices and staffers, even social media following.

I know how much I would enjoy being on the debate stage alongside Joe Biden, Cory Booker, Elizabeth Warren, and the rest of the Democratic field.  The DNC’s changes now make this very achievable.

History has given us a golden opportunity to change the direction of the country.  First, the DNC voted to exclude superdelegates.  Then, California moved up its primary voting schedule.  Now, the DNC is opening up the debates to more candidates.  Each change favors us.  But we still must work our hearts out to take full advantage.

Today, please do one of the following things:

Thank you for being the early adopters of this campaign.  Many exciting days lie ahead – I was recently interviewed by Stephen Dubner of Freakonomics, Time magazine, and Quartz, and each will appear shortly.  On December 20th, I’m heading to Des Moines for the big Progress Iowa event that should draw a ton of national press as well.

After Des Moines, I’ll be in Miami and Orlando, and then back to New York for New Year’s Eve.  I’m also scheduled to head back to Schenectady, NY, in the New Year.  I haven’t been back in a long time.  It turns out that running for President includes going home.