I’m writing this from Des Moines—it’s been a tremendous trip.  I had the opportunity to address the Democratic legislators of Iowa at the State Capitol yesterday.  They greeted me with a standing ovation, which was a welcome surprise.  The backdrop, the audience, and the reception made me feel positively Presidential. 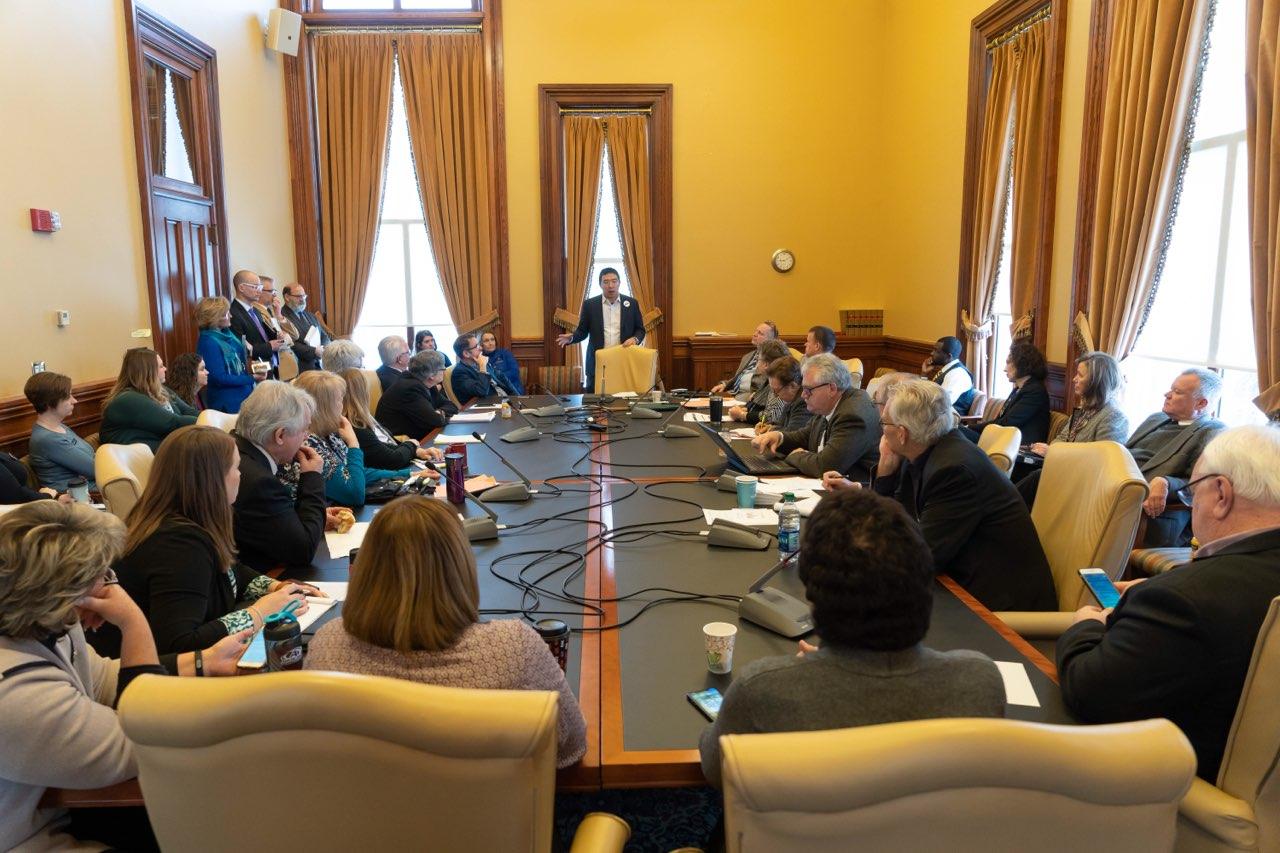 I spoke to the legislators about why Democrats are struggling in Iowa—why Donald Trump won their previously bluish/purple state by almost 10 points in 2016 and why they are now in the minority.  Iowa has lost 40,000 manufacturing jobs and 12,000 retail jobs in the past years, and 3 of their 17 malls are in danger of closing.  The Freedom Dividend would increase the consumer economy in Iowa by $16 billion and create 40,000 new jobs—it would be a game-changer for rural communities.  It would empower and compensate women who do more of the work that is unrecognized each and every day.  It would rebuild their main street economies and give their children a path forward.  The questions I got from the lawmakers were very positive—they know what is happening in their state.

Afterwards, I met with Janet Petersen, the Democratic Senate leader, and I was deeply impressed.  She is doing a phenomenal job leading the party here in Iowa amid difficult terrain.  She has also started a maternal and infant health organization which gives you a sense of where her heart is.

I went from there to the Fox affiliate in Des Moines for a studio interview in Iowa’s biggest media market.  The news anchor said something interesting: “I’ve interviewed every presidential candidate who has run in the past 20 years except for Donald Trump.  He didn’t need us.”  In a way, that shows what the Democrats are up against.  Donald Trump’s bully pulpit will make him formidable in 2020. 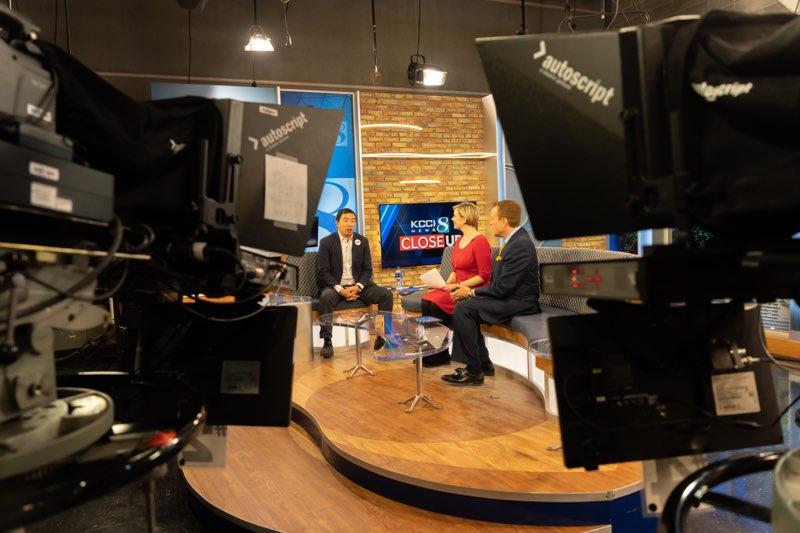 After the interview, we had a meet and greet with Story County Democrats and at Simpson College and Central College.  Everywhere we went, there was evidence that our word of mouth in Iowa is growing:

“Doug told me I had to come meet you.”

“My friend in Iowa City said that you were her favorite candidate.”

“I drove here to see you and started a Yang Gang chapter at my college.”

This is our 8th trip to Iowa, and it shows.  In my previous trips, I’ve spoken at events that had hundreds of Democrats and activists in attendance: the Wing Ding in Clear Lake, Johnson County Barbecue near Iowa City, and Progress Iowa in Des Moines.  We’ve now reached thousands of Iowans in-person across the state. 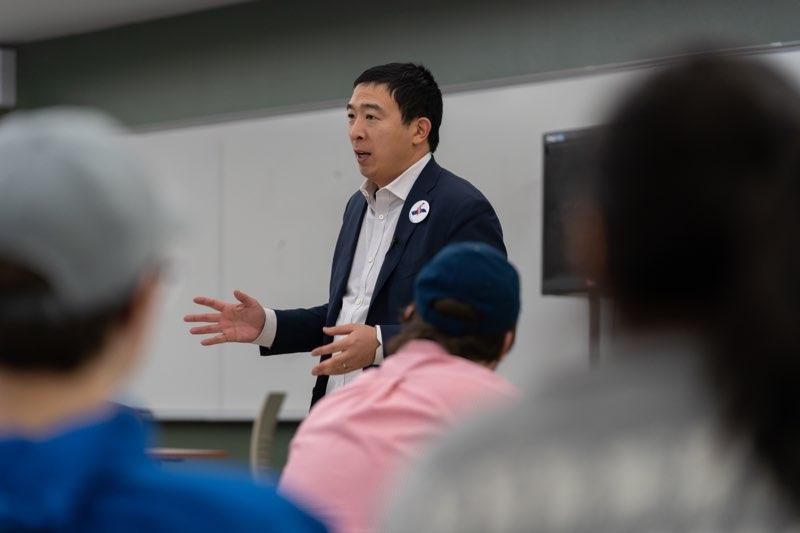 The people here understand their responsibility to shape the future of the country, and they take it very seriously.  With their help, we are going to shock the world in 2020.  No one will see us coming.