Hello and hope you had a wonderful Mother’s Day weekend!  I spent it with both Evelyn and my mom.  We should all call our moms more often.

We got our biggest crowds yet: 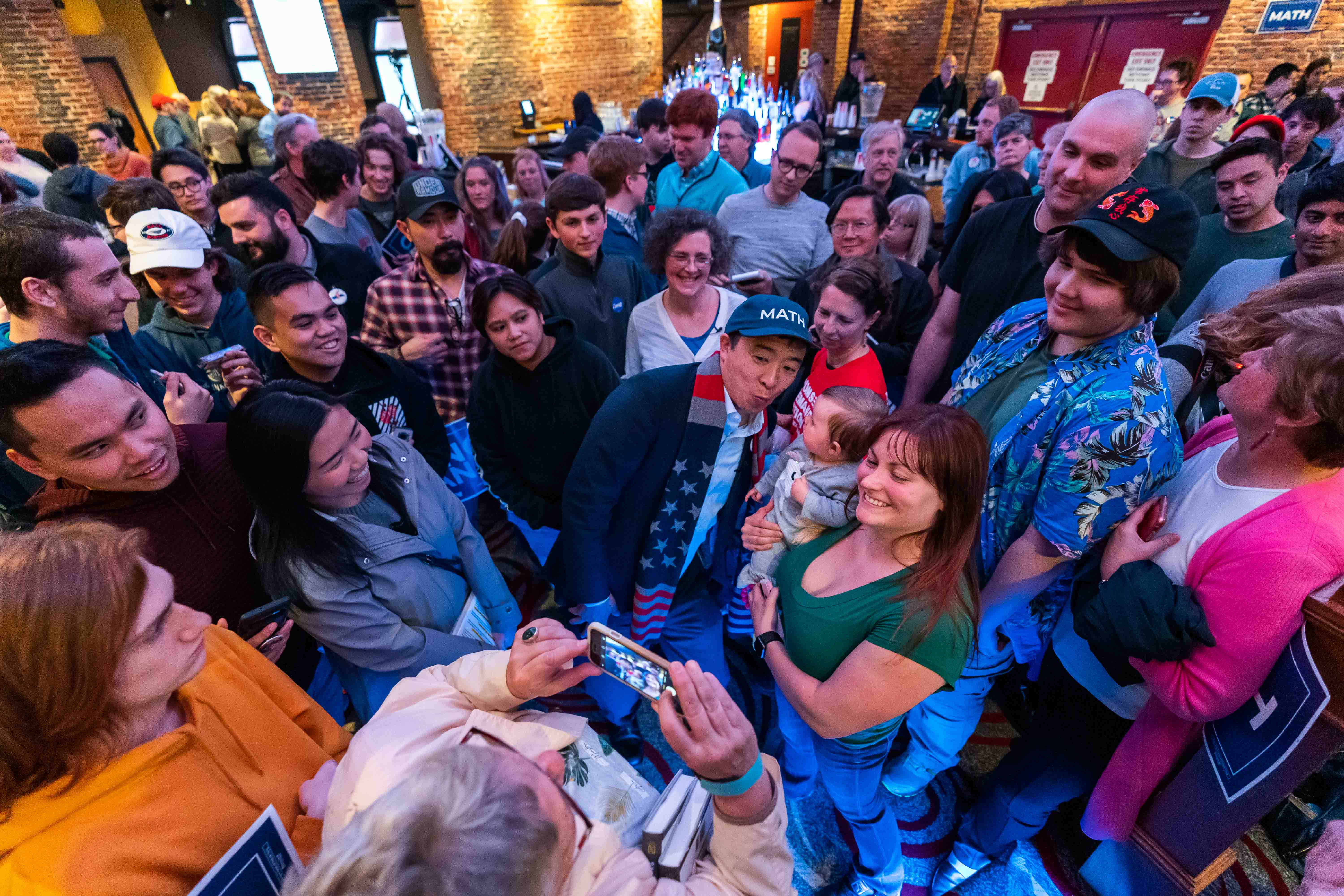 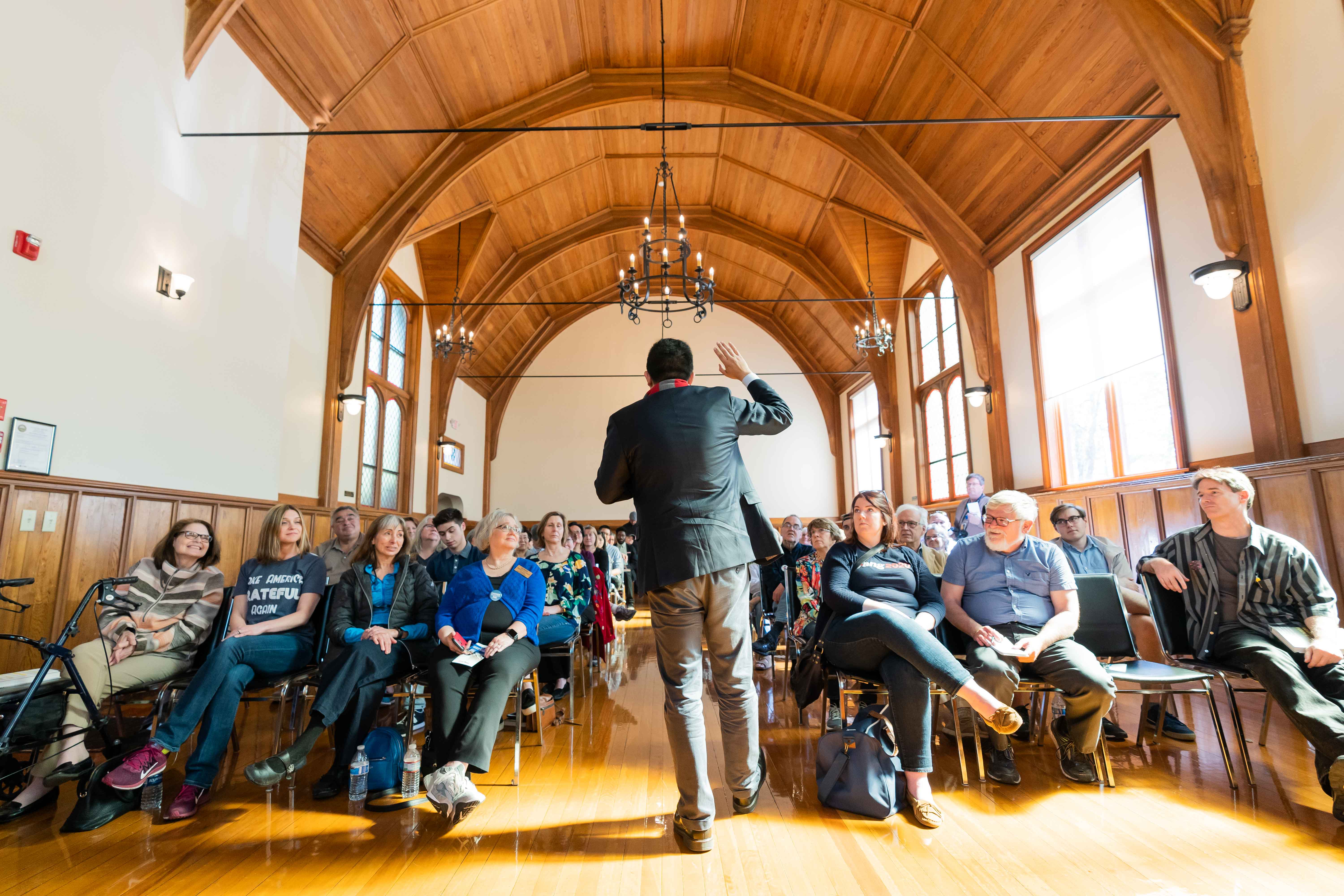 And people noticed.  The events were written up in Manchester, Seacoast Online, Union Leader, and other New Hampshire publications, as well as TIME, Fox, and The New York Times.  Among the descriptions:

“Progressive, inclusive, and incredibly creative and smart.  His enthusiasm is not divisive … Yang is one to watch.”

“Lightning in a bottle.”

“Yang has his eyes on the future.”

“He’s the first political candidate to actually get [many people] excited.”

“[His campaign is] actually listening to people, taking people seriously, thoughtfully and in an analytical way.”

“He’s outside the box in a way that, whew, really charged, really evoked amazing insight.”

Everywhere we went in New Hampshire, we were met with growing crowds and excitement.  I credit Steve Marchand for much of the buzz.  Steve ran for governor as a Democrat in 2018 and has now endorsed me. I haven’t been that big a fan of seeking political endorsements—I’m not sure how much they matter to voters, particularly the folks who have embraced our campaign.  But in Steve’s case, it is more personal than that; so many people like and admire him as someone they have worked with.  At every stop, people greeted him with hugs and smiles.

Steve and our NH State Director, Khrystina Snell, have deep relationships all over the state.  They will get us in front of the right people on every visit.

I have never felt better about our trajectory in New Hampshire.  This trip was electric.  We will contend and shock the world.

This week, we are gearing up for our biggest rally yet in New York City on Tuesday—ABC and many other major news outlets will be there, and 5,000 supporters have RSVPed.  It is going to be epic.  And then it’s on to our first visit to South Carolina where we are presently polling at 2%.

Your belief in me and the campaign have made all of this possible.  Thank you.  If you can make a donation today, please do so—we have the chance to make history.  Let’s make the most of it.

Your charged up candidate,