Hello, I hope you had a great weekend!

I just spent 3 days last week campaigning in New Hampshire.  I met with the Editorial Board of the Conway Daily Sun and spoke to the Plymouth Democrats, which was broadcast on C-SPAN.  I was accompanied for much of the trip by Steve Marchand, who ran for governor of New Hampshire in 2018. 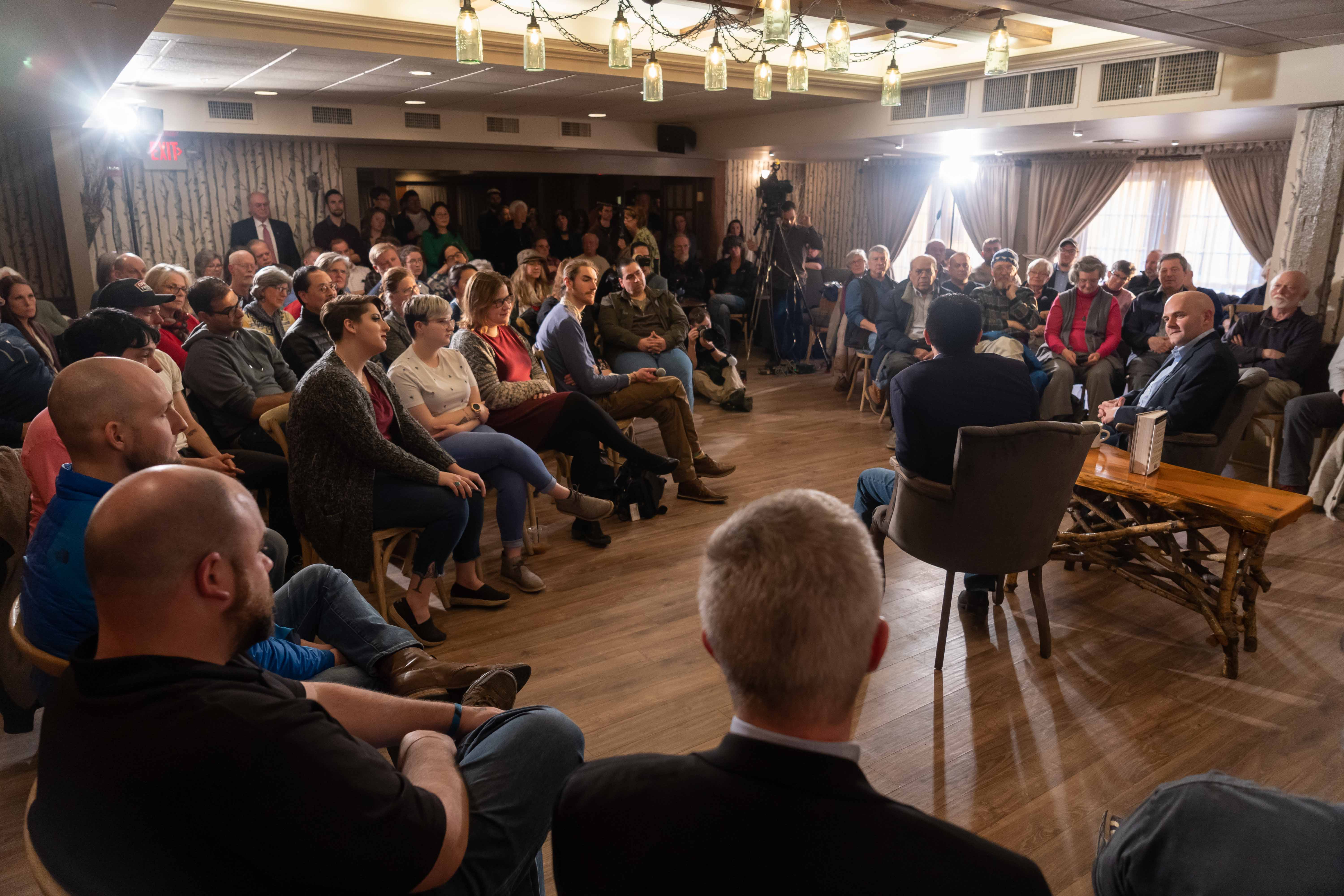 I learned a lot.  There’s a high school in northern New Hampshire that had only 4 students in its graduating class.  Some of the towns in the north have lost as much as half of their population in the past twenty years.  An Ethan Allen furniture manufacturing plant and a paper mill both closed in the past number of years, impacting hundreds of workers each.  When the plants closed, new jobs were hard to come by and many people left.

Northern New Hampshire is heavily rural.  It’s beautiful country.  But the issues facing the region are similar to those facing other rural areas.  Brian Bresnahan told me that opioid addiction is rampant.  New Hampshire has the 3rd highest rate of opioid addiction and overdoses in the country, about two times the national average, right behind West Virginia and Ohio.

What is the path forward for these towns?  It may be one of the central challenges of the 21st century.  We need to do all we can to address this challenge for the sake of our shared future.

I also spent time with Fred Ramey, an ex-convict who coaches other ex-convicts on how to re-integrate into society.  He has an inspiring story—he is now a truck driver and small business owner who is thriving.  He spent 3-and-a-half years in jail for stealing cars as a teenager and struggled with substance abuse throughout his twenties. He suggests providing businesses with tax incentives to hire ex-convicts to give people a second chance.  I love the idea, but I have a feeling that it won’t be enough.  Businesses aren’t designed to give people second chances, and it’s going to get tougher and tougher for many people with a criminal record to get their foot in the door. 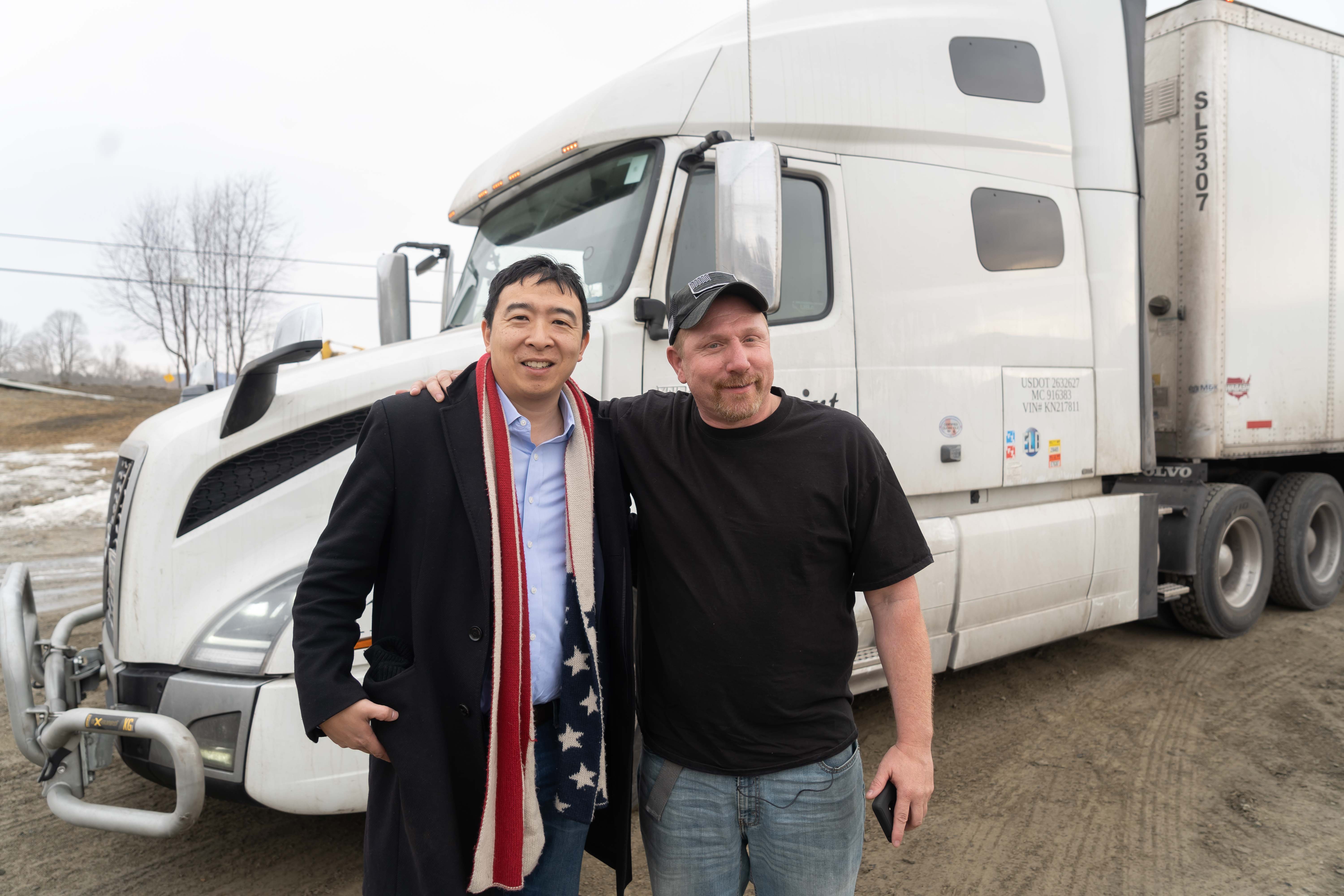 The trip wasn’t all work.  I went snowmobiling for the first time with Steve, which was a lot of fun.

New people are discovering the campaign all of the time.  Jimmy Fallon and Stephen Colbert all featured the campaign in their monologues, and the New York Times, CNBC, FiveThirtyEight, and others wrote features about us this week.  FiveThirtyEight now considers me a ‘major candidate’ and the New York Times broke the news that we are exploring having a hologram of me traveling the battleground states in the Midwest so I can be in multiple places at once.

TONIGHT we head to Chicago for a big rally.  If you have friends there, let them know!  It’s an exciting time on the campaign.

A few fun things for you:

First, we just released MATH Hats, yard signs, and posters in our store. We sold over 1,000 MATH Hats in their first day on sale so they are quite the hot seller.  Grab your gear today and let’s Make America Think Harder.

Second, my book The War on Normal People releases on paperback on April 2nd.  It looks like we are in striking distance of the bestseller list.  If you’re looking for a gift, it would make a great one. (Amazon | Local Independent Booksellers)

Last and most importantly, March 31st is a filing deadline for the campaign and we need to show that we are serious.  We have raised over $1.1 million since Feb 12 from almost 70,000 different donors with an average donation of under $20.  We want to get the first two of those numbers up—we are targeting 200,000 donors by the June debates.  So if you were planning on giving to the campaign or bugging a friend, now is the right time.  We’ll have some fun ideas coming out this week to rally the Yang Gang around this, and note that swag purchases count as donations.

Thank you for your belief and support.  It means the world to me and the team.  You all have given us the chance to make history.  Let’s take full advantage of it.