Hello and thank you for the support!  It means a ton to us.

This weekend was a lot of fun.  We started in Seattle where we were greeted by a crowd of thousands. 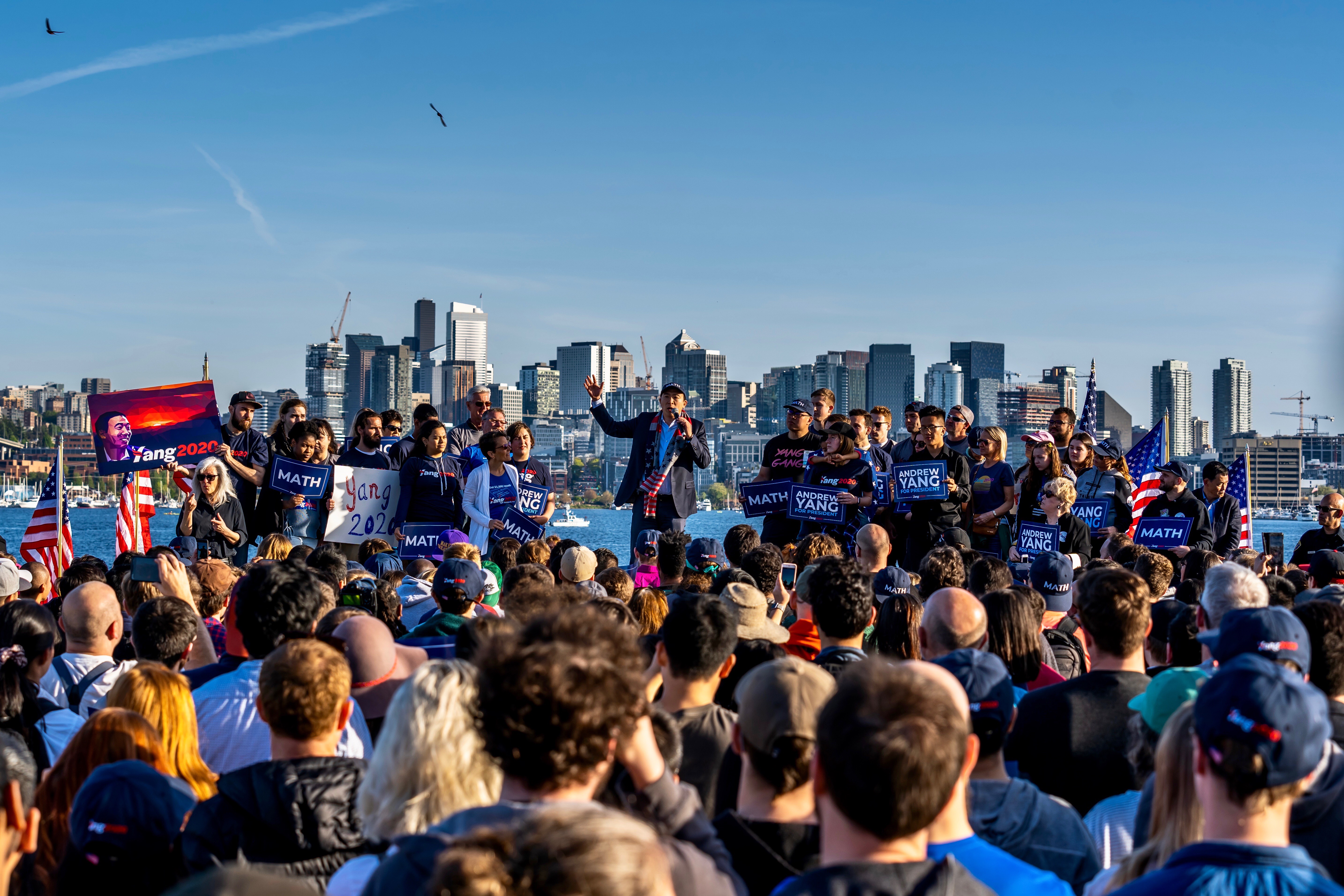 The rally in Seattle was enormous on a beautiful day.  We made the evening news, which is always great.  I enjoy the thought of people turning on their evening news and seeing a crowd of thousands of their neighbors rallying for the Freedom Dividend and a more human economy.

The YangGang has been strong in Seattle from Day One.  It may be because Seattle itself is being transformed by the advent of technology.  Housing costs have skyrocketed in certain areas.  A friend of mine who works at Amazon said, “It’s no secret that we are trying to make our own jobs obsolete.  Management doesn’t pretend otherwise.”

A neuroscientist in Seattle said to me, “We need Universal Basic Income in the worst way.  The biggest obstacle is the human mind.”  He meant that we are wired for resource scarcity.  He’s right.  Moving people toward abundance is both our greatest challenge and opportunity.

Next, it was on to Detroit, which has been on the receiving end of automation.  It was the epicenter of hundreds of thousands of manufacturing jobs that have disappeared.  Its population has declined from 1.8 million to less than half that.

I have spent a lot of time in Detroit—I’ve been there every year since 2011 with Venture for America. The city has made a lot of progress since then.  We drew hundreds of people to the Detroit Shipping Company.  Among the people I met there were Lacey, a truck driver who sees what is coming down the pike, and Derek, a military vet who has become an activist for mental health issues. 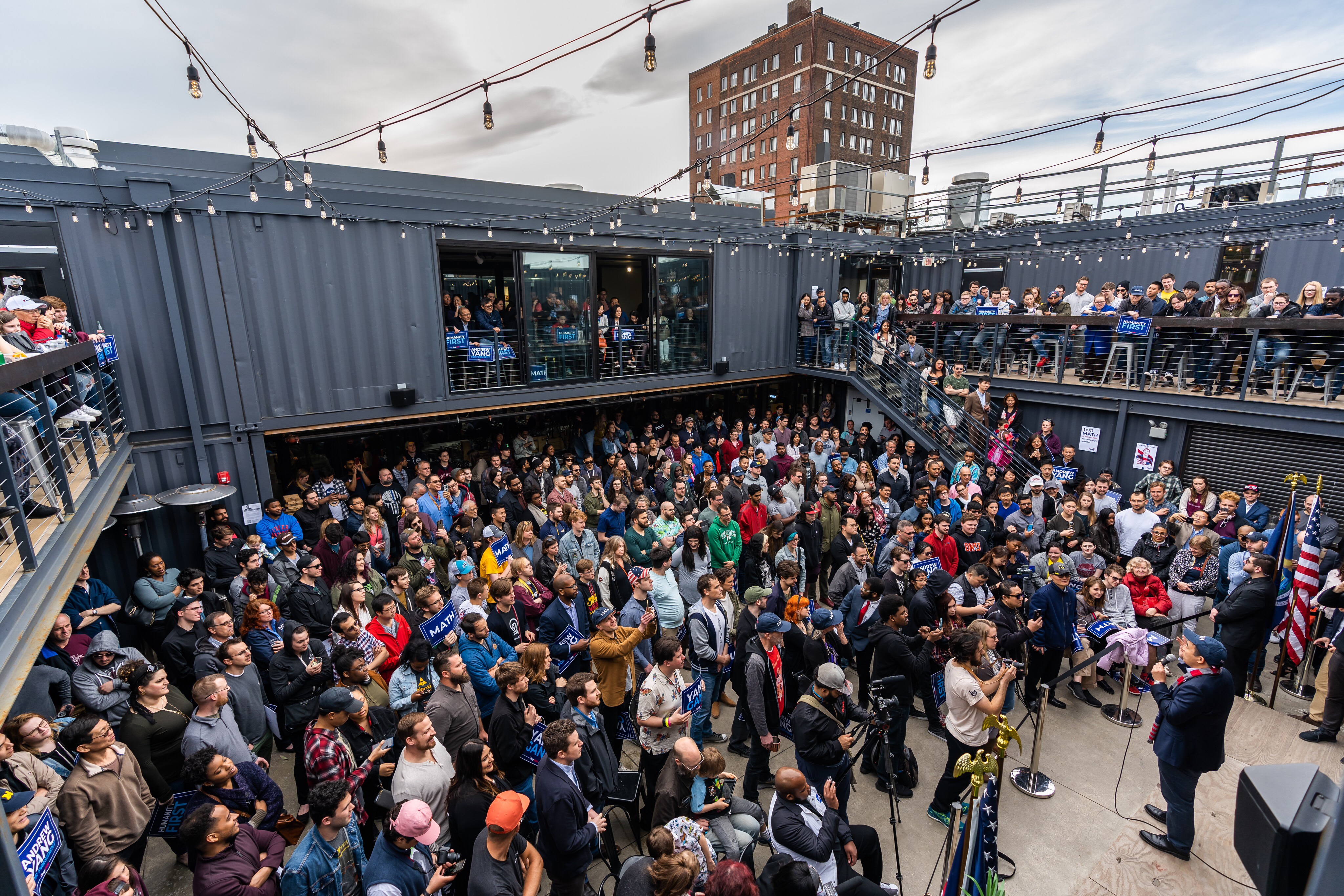 I learned a lot from the people of Detroit over the years.  They have been doing the hard work building up their neighborhoods and communities.  Some people regard Detroit as a symbol of America’s industrial past—it is more accurately an emblem of America’s future as our economy continues to transform.  Many towns and communities in the Midwest will increasingly resemble Detroit if we automate truck driving and the trucks don’t need to stop anymore.  As Derek said, “It’s incredible what we let happen to Detroit.  Half the suburbs in this country are going to look like Detroit if we don’t do something about it.”

One issue that is common to Detroit and many other communities—urban blight.  It is expensive to tear down buildings properly.  If a municipal budget goes down, it becomes almost impossible to remove derelict buildings that then bring down property values and become havens for crime.  Detroit alone has about 30,000 derelict homes and buildings, with 30,000 more on the edge of abandonment.  One thing that I will do as President is commit Federal funds to a domestic infrastructure force that can help communities clear out or repurpose derelict buildings for redevelopment.  We need to become better at helping communities reconfigure themselves in the new economy.  It will also create work in many environments.

We will be back in Detroit for the DNC debates in July, and I’m excited for it.

On Sunday, it was on to Minneapolis.  The #YangGang there is strong—1,000 people came out to Boom Island Park.  Minnesota has been a blue state for a while, but recently it has become more competitive as many rural voters went to Trump.  Minneapolis is something of the progressive haven in the state.  I talked about why the folks in other parts of the state seem to be increasingly distressed. They see an economy that doesn’t work for them or their kids as rural areas become more depleted and main street stores close. 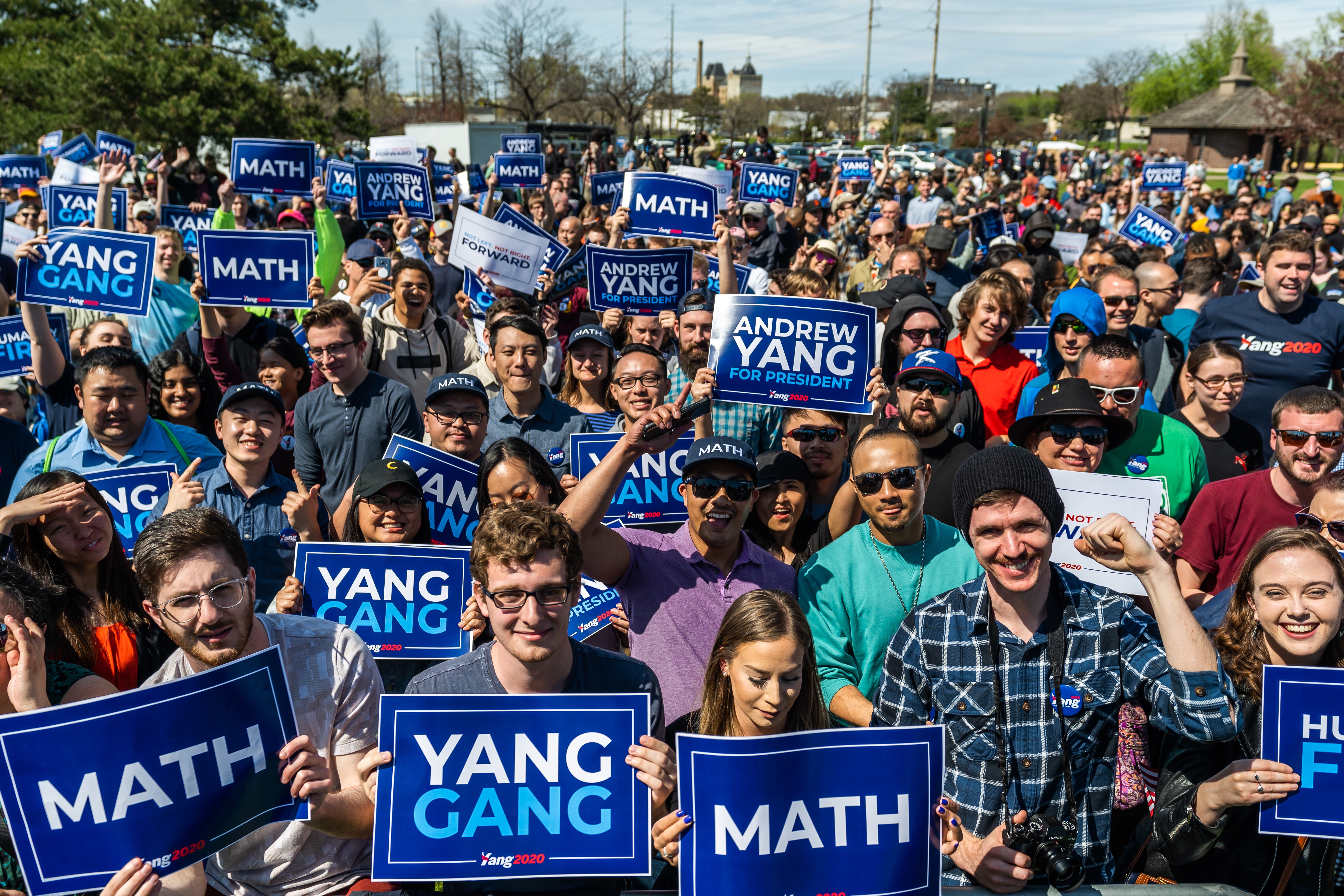 Minnesota votes early in the primaries on Super Tuesday in March.  Also of note—Minneapolis is only 2 hours from the Iowa border.  If the #YangGang gets excited enough, we could draw people from Minnesota to campaign in Iowa ahead of the caucuses.  We will come back to Minneapolis—St. Paul for sure; I enjoyed the heck out of it.

It was invigorating to see so many Americans pumped up about me and the campaign all over the country.  We can make the changes that we seek together if we wake up our fellow citizens to the power that we collectively wield.

Our campaign is gaining steam all of the time.  We were featured on the Today Show this Sunday, and I’ll be doing more media this week.

I am heading to New Hampshire later this week, and then, on May 14th, we will have our biggest rally yet in Washington Square Park in New York City.  Thousands of people from around the country will be there. Tell your friends in New York to make the trip—it will be a ton of fun.  We are going to bring the media to the rally—let’s build a crowd that will make them stand up and take notice.  It’s not Left or Right; it’s Forward.